Made It Moment: Julie Lindsey 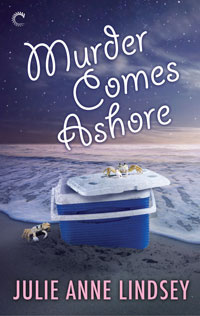 You know that bar? The one we keep setting for ourselves? It’s like a horizon in some ways. As soon as we believe we’ve neared it, there it goes, slipping off into the unreached trammels of our lives again. In this Moment, author Julie Lindsey talks with pain and raw honesty about how that bar can become a noose around our necks, strangling our own sense of accomplishment. It took Julie’s son to remind her, Wizard of Oz-style, that really she had made it all along. And you know what? Julie’s son reminded me of that, too. 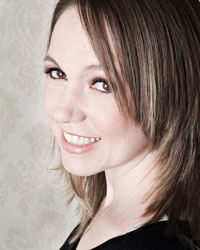 My made it moment came in September when my 10 year old son asked to take a copy of my new release, Deceived, to show his teacher. That book is prettier than my others. It’s a young adult suspense novel. It’s hardcover with a fancy black jacket. There’s a picture of me in the back. All the things I’d dreamed of, but none of that impressed me because I was too busy seeing all the things I hadn’t accomplished. Then, my son who has zero interest in reading the book, asked to show it to his teacher. My heart collapsed. It was a moment I’ll never forget and one I hold onto in the other, tougher times of author life. This is the moment that I realized I made it.

As an only child and dogged over-achiever, I’m driven to reach goals. All goals. When I made writing for publication a goal, I had no idea I was shooting for the impossible. I may as well have decided to move to LA and become an actress. I know that now. I didn’t then. Couple the reality with my personality and I was all set for tears and disappointment. And they came. Regularly.

In the beginning, I thought finding an agent would be when I knew I really made it. I found an agent. It wasn’t the moment I’d expected. She still had to sell my book. That made me nervous so I targeted a small press, hoping for a contract so I could learn, work with an editor and maybe gain a readership. I landed a contract with the small press soon after. Made it moment? Not really. The contract was for a novella. I wanted print. I wrote more for that press. I now have three novels in print with this press, plus three novellas. Made it? Not really. They were a small press. Meanwhile, my agent found a home for my YA and I signed a contract with Merit Press for Deceived. Made it? No. Merit Press got me invited to book events, put on panels, reviewed by the big guns. Made it? Not really. ARCs came. Made it? No. Author copies arrived! Made it? Not really. It’s on bookstore shelves! I have a theatrical-style trailer! Made it? Nah. Deceived wasn’t in most stores. Sales weren’t what I expected. Editorial reviews were lukewarm. The bar in my mind kept raising out of reach. Then, I signed a three book contract with Carina Press (a digital imprint of Harlequin) for a cozy mystery series. Made it? I didn’t know. At that point, I’d worked myself into a funk.

You see, when I look back at all the moments that I thought would matter, they didn’t. They came and went in a haze of “meh.” And I did that to myself. My eyes weren’t on the real point of publishing – or life – anymore, so all the milestones I ran toward seemed insignificant once I arrived.

My son asked to take my book to school and show his teacher. Poof. Everything else fell away. He was proud of me.

It was a much needed moment of clarity.

I’d “made it” the moment I decided to write a novel and then saw it through. I wrote a freaking NOVEL. Who does that? How many people have lots of great ideas for a novel and never begin. Or never finish? Too many. But I did it. I set a goal and I accomplished it. And my kids were watching. They saw me chase a dream. They saw my efforts pay off. Saw that anything is possible. Learned hard work and determination can take you anywhere. My kids don’t care how much money I make or what reviewers think. All they know is their mom is an author and she loves what she does. They’re proud of me. Without even trying, I taught them a priceless life lesson. Go after your dreams. They are attainable. All the other author-life hoopla is just noise. There’s always another goal lingering just out of reach, but focusing on that meant missing what I already had.

My kid taught me that.

Julie Anne Lindsey is a multi-genre author who writes the stories that keep her up at night. She’s a self-proclaimed nerd with a penchant for words and proclivity for fun. Julie lives in rural Ohio with her husband and three small children. Today, she hopes to make someone smile. One day she plans to change the world.

Murder Comes Ashore is a sequel in her new mystery series, Patience Price, Counselor at Large, from Carina Press.

Made It Moment: Susan Sundwall 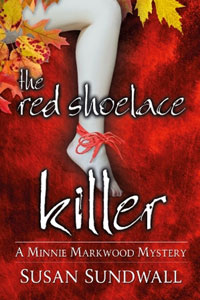 Lately I’ve been reading the Moments with music. It makes sense, I suppose. Both artistic expressions, words telling a story. When you read Susan Sundwall’s words, I dare you not to cry. Not because it’s sad but because it’s beautiful. This run we’re all on, right? Each of us seeking to tell and share our story. Sure, the years do slip away, as Susan so poignantly notes–and Jimmy Buffet does too in this song. But look what we can achieve along the way! 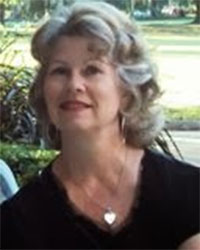 I was in the airport waiting to board a plane with my new husband. As we happily discussed our future I, full of the ridiculous confidence of youth, said, “I will be a writer.” I wanted to assure him that I would be no slouch of a wife – I had a dream.

Then forty years went by at Mach 5 and I found myself sitting at work staring at a computer screen wondering what the devil had happened. Life happened, that’s what. Kids and critters happened, jobs and houses and in-laws happened. The dream had gone underground.

Oh, there were some tattered remnants of it along the way. Classes, contests, stinky novels under the bed. And then one day I wrote a story for a family newsletter – a Christmas story about a little sparrow. It met with such rave reviews I gave it to our pastor to read during the children’s service. It met with rave reviews.

The dream glimmered in the mist. And there I sat staring at the computer screen wondering what the Sam hill I was waiting for (for those under thirty that’s really old fashioned cussing). I decided to go seeking online. I needed to know what I was up against. Turned out the world was overflowing with writer wannabes and needy me befriended some of them.

New vistas opened up for me then. I wrote and sold to small markets. Each acceptance goaded me on. I landed a lucrative assignment for a writer’s guide. I got praise for my humerous essays and children’s stories. But the book was the thing. Yeah, you know what I’m talking about. The book you just know will strike a cord in a half million readers if only you could get it out there. I forged on – and on.

Landing a publishing contract is no small feat and if it takes ten years, like with my book, it can be discouraging. Suddenly you have great sympathy for Sisyphus. But then that bright, gasping, beautiful day comes when someone sees your book like you do, and you’re offered a contract. And ten months later you find yourself signing book after book at your launch where almost sixty people come to buy your book and congratulate you.

And when it was over, forty years dropped away at Mach 5, and the young girl inside whispered, “Hey, writer, I think you’ve made it.”

Thank you so much, Jenny, for letting me tell it!

Susan Sundwall and her husband live in a one hundred and fifty year old house on four lumpy bumpy acres lined with pine trees in Columbia County, New York. Her work has appeared in several anthologies including two stories in the popular Chicken Soup for the Soul books. Many of her poems, essays, and articles on writing have also been published. Her first mystery,The Red Shoelace Killer – A Minnie Markwood Mystery, was published in 2012. Her second book in the series is written and she has high hopes of hitting some bestseller list sometime, somewhere, in any country, and in this century.