Made It Moment 2: Richard Brawer 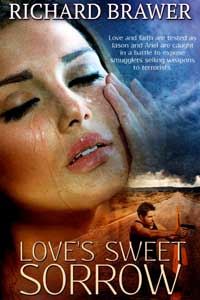 This October, I will be teaching at a retreat in bucolic, pastoral Vermont along with two other faculty members of New York Writers Workshop. The topic? When Life Becomes a Story. Today’s Momenter, who shared an earlier Moment exactly three years ago, could be a case in point. Richard Brawer’s first novel was triggered when he heard an historical anecdote and recalled a connection to his own family. But his Moment as an author? I’ll leave that for you to read. 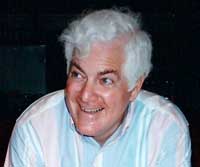 First let me say if one’s main consideration as having “made it” as a writer is money received, I have not yet made it. However, money was not my primary criteria. To me, getting rave reviews from both reviewers and readers is when I considered myself as having arrived as a writer.

I have always been an avid reader of mysteries, suspense novels and historical fiction. In 1994 I tried my hand at writing. By 2004 I had written four mysteries. Two were published by small presses and two remained unpublished. I was not setting the world on fire, but I was not ready to give up yet.

In 2004 I read an article in the newspaper that The Passaic County Historical Society was giving lectures and tours of the historic silk district of Paterson, NJ. My grandparents immigrated to Paterson, NJ in the late nineteenth century. Paterson was America’s first industrial city inspired by Alexander Hamilton and became the center of the silk industry in the United States until the depression.

I was born in Paterson but my family moved away when I was eleven. I had heard many stories about my grandparents but knew nothing about the history of Paterson’s silk industry. I decided to attend the lectures to see what it was like during the period when my grandparents came to America.

The lecturer talked about how the silk bosses treated their immigrant laborers as a commodity to be used up and thrown away; about how the laborers fought back with strikes; and the women of the period who fought for suffrage, child welfare and reproductive freedom.

The tours were of old mills that had been preserved as a museum and The American Labor Museum which is a house in Haledon, the town next to Paterson that was used as a gathering for unionists.

Those lectures and the tour were so fascinating a plot developed in my mind. A domineering silk industrialist clashes with his progressive suffragist wife and his radical unionist brother.

After a lot more research in The Paterson Evening News on microfilm in the Paterson library, and reading autobiographies of some of people in the era I began writing.

The result was “Silk Legacy.”

I tried to get an agent interested, but couldn’t land one. Nor could I find a publisher that was interested in publishing historical fiction. So I self published the book in 2006.

Reviewers labeled this book a “Tumultuous Love Story”, “A Slice of American History” “An Epic Family Saga.”, “A Tribulation of Yesteryear” “Vivid Enticing Characters” “An Absorbing Page Turner of a Novel” “Realistic Dialogue” “The fictional family is made up of flesh-and-blood characters. They laugh, love, argue, fight, and have adulterous affairs.” “Remarkable storytelling” “Brawer is a deft storyteller with a knack for plot twists”.
However the following are my favorite:

I was a volunteer docent at the American Labor Museum for 5 years. Everyone there always bragged that you wrote such a great book about the strike. It was always recommended for students of American history as a “must read” because it was a good way to engage and absorb them into the nitty gritty of the silk strike of 1913 without it being in the usual text book format.” –Dorothy D. G.

“I loved this book. The characters are so real. It is by far the best novel I have read on the Silk Strike of 1913.” –Angelica Santomauro. (Ms. Santomauro is the director of The American Labor Museum in Haledon, NJ and is an authority on the labor movement in Paterson during the silk era.)

What more could a writer ask for than positive reviews from the experts especially one that recommends your book to students?

That was the point I felt I had made it as a writer. I went back to writing crime stories and my next book was The Nano Experiment.

With Silk Legacy as an example of my writing I was able to find a good mid-sized publisher for The Nano Experiment. But the writer’s road is never a smooth one. Just as the book came out I received bad news from the publisher. Sadly one of the partners died and the other was not able to go on without her life-long friend. All the rights were returned to me and I posted the book on Amazon KDP.

And what happened after that? We might have to leave that for another Moment.

Richard Brawer writes mystery, suspense and historical fiction novels. When not writing, he spends his time sailing and exploring local history. He has two married daughters and lives in New Jersey with his wife.