Made It Moment: Jill Meniketti

I’m fascinated by the parallels between the music, film, and publishing worlds, but I don’t know that the Moments have ever gotten so close to that juxtaposition before this one by Jill Meniketti. Jill is a genuine manager of an arena-playing, world-touring rock band. But more than that, Jill is an author now, and her Moment shows, as all Moments do, that when it comes to being writers our similarities connect us beyond any differences. 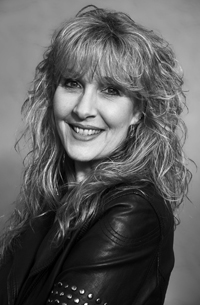 After being thrilled that Jenny had invited me to participate in her “Made It Moment” feature, I realized that I didn’t actually feel like I had made it, whatever “it” is. But as the manager of a popular rock band, I understand that there are many little “made it” milestones along the path in every artist’s life; so if I look at it that way, writing this feels perhaps a bit less pretentious.

For most of my life, I’ve written in a variety of capacities, but had not made significant progress in tackling a novel. I first became serious about writing a book in the late ’80s. Married to a rock star, I’d decided then to write a rock ’n’ roll novel. After much preparation, I had copious jottings and index cards, and I assuredly put pen to notebook. Then something devastating happened. Jackie Collins released a novel called Rock Star. I was crushed. I had released my idea into the ethers and she’d somehow nabbed it (completely subconsciously, mind you). I bought her book. It was shallow and trashy and nothing at all like what I’d been writing, but hers was also steeped in the rock music world and I was certain that I’d be labeled a copycat. So I tucked my tail and buried my unfinished manuscript in the depths of a desk drawer.

Back then I was young, and though mightily determined in other things, I’d naively let Jackie Collins (well, her novel) deter me. Flip the calendar to 2003. After a brief hiatus in the ’90s, the rock band that I now manage was on tour again, playing arenas throughout the UK before hitting the major rock festivals in Europe. I was so delighted to see them on the massive stages again, and when an idea struck me, I knew I had to follow it. Screw Jackie Collins, I thought; I’m going to write a rock ’n’ roll novel. I had my writing mojo back.

I credit that illuminating instant on the Monsters of Rock tour in England, looking up and seeing my guys on the big stage again, as the moment I made the decision to write my first novel—albeit, an entirely different story than the one I’d crafted in the ’80s. That was my first “Made It Moment” in my lengthy journey to becoming an author. Several drafts and many world tours later, I’m thrilled to have birthed my debut novel, Welcome to Groove House.

There have been many little “made it” moments en route to authordom, but the most gratifying has been hearing rave reviews from the fans—how much they loved the story, their favorite scenes, how they wanted to hate the protagonist but he’d won them over just as he’d charmed the characters in the story, and the requests for a sequel and a prequel.

In hindsight, the timing may not have been right for me back in the ’80s, but now I’m ready to rock. Thank you, Jackie Collins.

Her debut novel, Welcome to Groove House, released in March 2015. 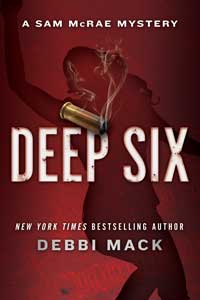 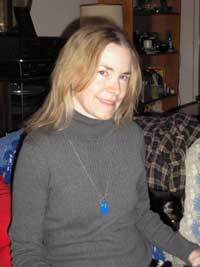