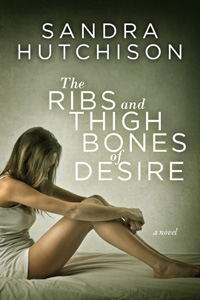 Sandy Hutchison knows an awful lot about indie publishing; in fact, if you have aims in that direction yourself, you couldn’t do any better than to get to know how Sandy is pursuing her own career, and why she chose this approach. (Here is Sandy’s 2013 Made It Moment). But below, she writes about something a little different. Why she wanted to be a writer in the first place, no matter how she ultimately published. Why we all write, really. And why we all read. 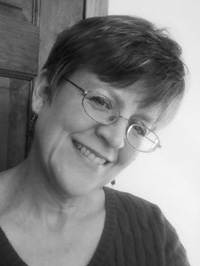 The dark secret in the heart of every writer

Jenny and Diane Cameron and I gave a talk to a full audience at the Troy (NY) Public Library a little while ago, about the three ways to publish (traditional, hybrid, and indie). A lot of what we discussed were the nuts and bolts of moving beyond that need and desire to write (which all of us had experienced from early childhood) to actually reaching an audience.

As Diane wrote so movingly on this blog, it can take a real breakthrough just to give yourself permission to try.

As Jenny’s biography shows, it can take incredible persistence (and grace) to reach your goal.

My story? I’m still in early days with two novels out via my own Sheer Hubris Press, but the first has done well enough to demonstrate that there are many different ways to reach an audience.

And oh, how important that audience is!

Jenny wants to thrill hers to the marrow.

And me? I like to make my audience think (in my other life, I’m a teacher). I like to make people laugh (who doesn’t love the sound of laughter?). But I’m also going to cop to that evil, selfish desire that I suspect lives in the black heart of every writer on the planet.

I WANT TO MESS YOU UP.

Those are my made-it moments. (And yes, those are all things readers have told me.)

I feel no pity, either, because I know you want it. I’m a reader too, after all, and that’s what I want. I want to be TAKEN HOSTAGE by a book.

My fellow readers and writers, here’s wishing you many future hours of glorious captivity!

Born and raised in the Tampa Bay area, Sandra Hutchison survived a transplant to snowy Greenfield, Massachusetts in high school and eventually stopped sulking about it, although she may still be working it out in her fiction. Her debut novel, The Awful Mess: A Love Story, was one of five general fiction semifinalists for the 2014 Amazon Breakthrough Novel Award. Her second, The Ribs and Thigh Bones of Desire, was just released late in 2014. She is also the author of a FREE (in the US) romantic comedy single called The Short, Spectacular Indie-Publishing Career of Matilda Walter.