Made It Moment: Lori Rader-Day 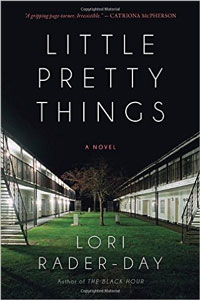 I feel a connection to today’s Momenter, and it isn’t just because I’m looking forward to reading her new book, or because we got to appear together more than once on last year’s world’s longest book tour, or because both our debuts shared some similar and unexpected high points. Lori will tell you about all of that…and her book can do some talking too. Check it out! Beautiful cover, huh? But it’s what Lori told me that explains this visceral link I feel…one that happens when somebody has something of value to offer. Lori reminded me of the potential this writing game holds to surprise us. We never know what lies ahead. One day we might even feel like we made it. 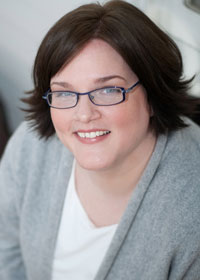 I’m of two completely different minds on the issue of having “Made It.” On the one hand, I’ve reached so many of my dreams in the past year with the publication of my debut novel, The Black Hour, that it would be silly to deny that I’ve had a moment or two. But then we’re hardwired to keep reaching for the next moment, too. So have I made it? How will I know when I’ve made it? Will I ever really make it?

Holding two contradictory ideas in your head at once. Isn’t that the definition of insanity?

The moments that feel most Momentous to me are the ones that take me full circle, that help me connect where I am to where I thought I’d never be. Like the launch party I had last year in my hometown, in the library I went to as a kid. (They put my name on the marquee outside!) Or the moment during the Mary Higgins Clark Award ceremony when Mary Freaking Higgins Clark read my name as a nominee. (I used to check her books out of that library!)

But the my real Moment came without exclamation points, without anyone else there to see it. On the week The Black Hour launched, I was in New York at Thrillerfest as an ITW Debut Author. I had a great time, met some tremendous people, had the kind of launch week everyone thinks authors have.

Then came Sunday, the end of my launch week and the end of the conference. Sitting in the lobby of my hotel waiting for rain to pass before I got a taxi to the airport to go home, I was tired and all of sudden by myself for the first time all week. I was overcome with this wave of gratitude. This was my life now. My launch week was over, but I had so many things ahead of me, things I knew I could never predict.

In fact, if I could have designed my first year as a published author, I don’t think I would have dreamed as big as this year has actually been. I won’t say I’ve “made it,” exactly. That feels like a thing you say when you’re reaching the finish line. And, of course, I’m still just getting started.

My second book comes out this month. I had a Moment when it sold, you bet. Like all the talented and generous people who have gathered here to share their Moments, I just hope to remember to celebrate them when they arrive.

Lori Rader-Day’s debut mystery, The Black Hour (Seventh Street Books, 2014), received starred reviews from Publishers Weekly, Booklist, and Library Journal and was a finalist for the Mary Higgins Clark Award and the Anthony Award for Best First Novel. Her short stories have appeared in Ellery Queen Mystery Magazine, Time Out Chicago, Good Housekeeping, and others. Little Pretty Things is her second book. She lives in Chicago.