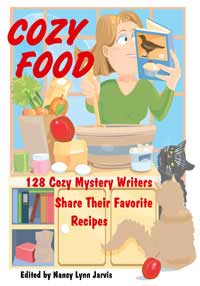 Nancy Lynn Jarvis shared her first Moment back in 2012, but this year’s is a horse of a different color. Or a cookie of a different flavor. Lately I have been hearing from writers frustrated, downtrodden, and worried that their pursuit of this crazy passion of ours may never be truly fulfilled. Nancy reminds us that changing course, trying something different, is sometimes the best thing a writer can do. It can lead to all sorts of exciting places and people we may never have imagined getting to know. And sometimes it even tastes pretty good. 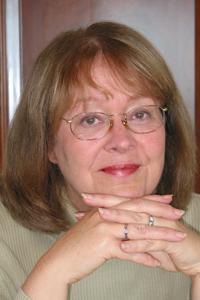 I’ve had made it moments before, but the one I had this past May was in many ways sweeter because it was shared with 128 other writers.

Those of us who love books, and especially those of us who write them, seem to find one another on social media. After a few years of writing real estate mysteries and a novel about octogenarian bank robbers, I had come to “know” several other writers. I’d even talked to a few of them on the phone and told them if they were ever visiting Santa Cruz, they had a bedroom waiting.

The day I found a perfect cozy cookbook graphic happened to coincide with when writer and social media friend Ellery Adams posted a recipe on Facebook. Although I wasn’t really considering doing a cookbook, on a whim I asked if I could include Ellery’s recipe in one. Honestly, I didn’t even expect her OK…until she responded, “Of course!”

Egged on by Ellery’s egg recipe, I composed a letter asking for recipes and biographies, and fired it off to my social media cozy mystery writer friends. I sort of hoped they’d tell me that a cozy cookbook was a dumb idea and then I could get back to writing book six in my Regan McHenry Real Estate Mysteries series.

Not one of them did. Some friends they turned out to be, huh? Emboldened by their support but needing many more recipes to do a cookbook, I emailed dozens of writers I didn’t know and had no right to annoy. I asked them to send in recipes with introductions and a short biography…oh, and to do so promptly because there was a deadline.

The writing community is a wonderfully supportive group of people. Still, I never expected 128 authors to follow my instructions. Enthusiastic authors — some New York Times bestsellers, some representing big, medium, and small presses, and some first-book indie writers — sent in witty, thoughtful, charming, and entertaining recipes and bios. Their recipes appear to have been carefully chosen because those that I’ve tried are delicious. Based on buyer reviews, others have had similar experiences. People who use the cookbook are discovering new authors they’d like to read, and getting their books. Which was part of the plan: recipes are linked to the bios, and the bios link to buying information.

I read a post on Facebook from a writer who attended Bouchercon and shared an elevator with an accomplished mystery author. My Facebook friend recognized her and wanted to say she was a fan, but was afraid to speak to her elevator companion. That well known writer is a contributor to Cozy Food and because of it, I am lucky enough to know that she is a nice, approachable person.

Cozy Food: 128 Cozy Mystery Writers Share Their Favorite Recipes was published on May 21st. I’m not biased; the cookbook is terrific. And so are all the writers who gave me their time and recipes. Because of their support and kindness, we share this book, and this special made it moment.

Nancy Lynn Jarvis thinks you should try something new every few years. After writing five books in her Regan McHenry Real Estate Mysteries series, and Mags and the AARP Gang, a comedy about a group of renegade octogenarian bank robbers, she thought, “Why not contact a bunch of great writers I’ve never met and see if they want to be part of a cookbook?”

She is currently working on a sixth real estate mystery book and playing with a new series called Geezers With Tools about two senior men who solve mysteries while doing home repair.

Made It Moment: Andrea Adams 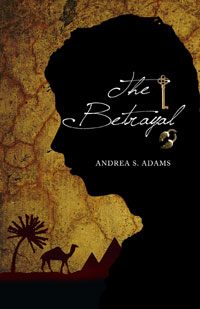 You all may know that in five years of sharing Made It Moments, I always introduce them. I tease out a strand or forge a connection to this business we’re in, this passion of ours, that of writing. But today, for the first time, I won’t. It’s not because Andrea Adams didn’t touch me when I met her at the Mechanicsburg Mystery Conference–far from it; she actually impressed me greatly. It’s because any words I might provide would add nothing to the majesty of what Andrea says. You have to read it, and you’ll understand. 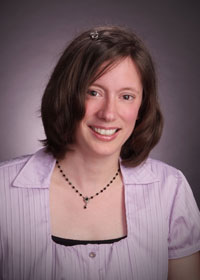 Two months ago, I received the biggest O-M-G moment of my life. There I was, standing before cameras at ABC 27’s Good Day PA talking to viewers about my two published novels. The feeling was, in a word, surreal. I kept wondering how I got there. Was I deserving of an “I made it” moment?

My story actually begins seventeen years ago on a warm, summer’s evening. There I was — fresh out of college and dating the most popular guy from high school. He was a blond-haired, blue-eyed Adonis. I had secretly had a crush on him during my younger years, so I was over the moon that he asked me out on a date. I thought that I was special. I thought that I was hip. We went to a party with his friends. I wish I could say that I enjoyed myself. I wish that I could say I fit in with everyone around me and that I made new friends. Instead, that night is one from which I am still recovering.

In the space of a few breaths, the guy whom I had put such faith in destroyed any hope that I ever had of finding a normal relationship for years to come. Instead of sharing stolen kisses by the pool, he raped me on a cold, basement floor. Instead of going to the police or to a hospital for help, I did what most victims do. I blamed myself.

For years to come, I shied away from the opposite sex — never letting them close enough to hear the truth. To add to all of this pain, a good friend of mine, on whom I had the beginnings of a mutual chemistry, passed away from complications of diabetes. Again, I blamed myself. I thought if I hadn’t pushed him away and that if I had only told him how I truly felt; then he would still be alive.

It wasn’t until years later after watching a romantic movie that I finally began to deal with all of these tragedies. I left the film in a daze. My heart was suddenly overflowing with emotion. I knew that I had to do something. That is when I picked up the pen.

The words suddenly came tumbling out of me in a deluge. I weaved painful truths among a fictional tale of intrigue, murder, and romance. I forced myself to finally deal with my inner demons. I suppose that you can say this was my made it moment. It was the point where I chose to reclaim myself.

People say to me all the time, “Why did you choose writing?” My response is always the same. Writing chose me. It is a gift to be able to share my story with others. And if this book can somehow help others who have gone through similar tragedies – well, then that is the most powerful blessing of all.

Author Andrea Adams is a 1997 graduate of Shippensburg University. She is a full-time office employee who currently resides in Carlisle, PA. In 2012, she was named Ahold USA’s Associate of the Year. She has received a competent communicator award from Toastmaster’s International. In addition to her full time employment and promoting her work, Andrea enjoys her part time job as a retail employee at the local Cracker Barrel. In her spare time, her passions include hiking, reading, and most of all writing. She is delighted to have the opportunity to share her newfound gift with others.