Made It Moment: Erik Dewey 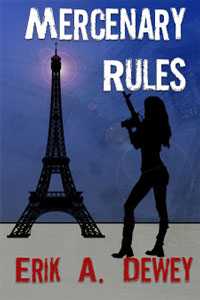 This Moment gets the distinction of being the most humble I’ve ever read. And yet, just as the best humor strikes at pain, in this humility is quite a lofty ambition. What happens when we cross that line from aspiring writer to professional? Whom do we become and how do we know we’ve become it? Erik Dewey found out in quite the smallest way–a moment, not a Moment. It could’ve been embarrassing even. But when it happened, Erik crossed that line to a new career…and found that he had made it. 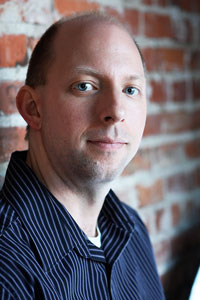 I’m not sure what it says about me that I consider this my “made-it-moment,” but for me it happened when I received my first email from someone telling me why they wouldn’t buy my book.

I had written Mercenary Blues specifically to sell as an ebook. I uploaded files and filled out forms, waiting for that day when I could tell the world it could be purchased.

One section of the form asked for the book’s blurb. I had sketched out what I wanted to say so I quickly composed it on screen, clicked submit, and waited for Amazon to tell me all was good. In hindsight, I should have let someone else read over it first, but hey, lesson learned.

I got the email from Amazon and proceeded to tell the world about my new book. I’m co-host on a popular board game podcast, so they were the first group to hear the announcement. After posting the show, I went back to check and see if there were any reviews of the book (honest, I only check three or four times a day) when I noticed that in the very first sentence of my blurb I made a grammatical error. I used a possessive instead of a plural. Ugh.

No peril, I bring up the appropriate web form, make the correct change to the blurb and click submit. I get acknowledgment that the change will happen within 24 hours. I breathe a sigh of relief and hoped I dodged a bullet.

The next morning, I receive an email from a listener telling me that because of the grammar error in the blurb he would not be buying my book because he couldn’t be sure of the quality of grammar inside. Fair enough, even though you could preview the first five chapters online, it was his prerogative.

I drafted a reply that said how I felt like an idiot letting the mistake through and changed it quickly, but I understood how he felt and thanked him for being a listener. I thought such a note would disappoint me, but I realized that this guy held me to a higher standard, that as a professional author, I should know better (and I should). That is how I know I made it.

Erik Dewey hangs his shingle in the Green Country area of Oklahoma. He has written or contributed to over a dozen books and more than twenty magazine articles. In addition to writing novels, he is also a co-host of the On Board Games and OnRPGs podcasts and has way too many games in his house. He met his beautiful wife in a court-ordered defensive driving course and has been far better for it. Also on his website is the Big Book of Everything, a free PDF life organizer to document all of the important things someone would need to know about in the event of a death or catastrophic life event. He loves it when people read all the way to the end of his bio.

Made It Moment: Sally Wright 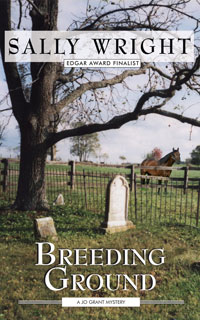 Every Made It Moment tells a story. The story of a book, of an industry that’s in continual flux, and ultimately of a writer. Some parts of Sally Wright’s story will be familiar to us–the near-successes, the hitches, the times it seems like it’s t-h-i-s close (but isn’t), and what happens after the happily-ever-after. But there are some unexpected elements in here as well, including the bucked death sentence. (As befits any good mystery). Read on to get a feel for what this business looked like a long time ago, and what an Edgar-nominated writer who has survived decided to do. 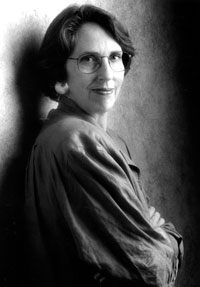 Well, the first almost-made-it-moment was when an editor promised me a contract within a week for the first Ben Reese mystery, Publish And Perish. I waited four, and phoned, and his secretary told me to call him at home. He said he was on another call and would phone me back as soon as he got off. I waited four hours, and called again. He said he was on another call, but would call me back immediately.

He didn’t; his secretary did, and said he’d asked her to tell me that “he’d have to pass on the book” (which brought the word “wimp” rapidly to mind, and made me assume he hadn’t gotten Publish through his publishing committee).

My next semi-made-it-moment felt like a real one because I actually GOT a contract, and a modest advance, and spent a month doing revisions for the editor – before she told my then-agent that the publisher had decided to “get out of fiction altogether.”

Then, another editor, Rod Morris, at another house, who’d liked Publish And Perish but had had it turned down by his publishing committee, heard the book was available again, and asked my agent to resubmit. The former committee members were now gone, and Rod ended-up offering me a three book deal.

He was a wonderful editor whom I loved working with, and I felt incredible relief that I wasn’t going to spend the rest of my life unpublished. I’d started my first novel seventeen years before (which, along with a second, and a work of non-fiction, still haven’t been published), and seeing a book in print made me feel as though I wasn’t just a self-deluded fool.

When I sent a trade paper copy of Publish to a former-editor-of-a-writer-friend to ask marketing advice, she sent it to Joe Blades at Ballantine without mentioning it to me. He was known in NY as “Mr. Mystery” then, and two days later, he, much to my amazement, bought the mass market rights for all three books.

When Pursuit And Persuasion, the third Ben Reese mystery, had been out a few months (and I’d spent every cent of my advance paying a NY PR firm to get me reviews), I got home from the horse barn where of a friend of mine kept Max (the one-eyed horse in Watches Of The Night) for me, and saw the light blinking on my answering machine. I was freezing, filthy and covered with horse hair, and our only good rug was between me and the machine, but I walked over and pushed the play button, expecting it to be one of our post-college kids.

Doris Ann Norris, who calls herself the “thousand year old librarian” (and appears to have hung-out with every mystery writer in the last fifty years), had left me a message. “Congratulations! I just heard that Pursuit And Persuasion’s been nominated for an Edgar Alan Poe Award by Mystery Writers of America!”

MWA called later and confirmed, but hearing Doris Ann’s message made my heart stick in my throat. That was the moment for me … since I’d first been published … since Ballantine bought the books … since Marilyn Stasio at the NY Times Review of Books had favorably reviewed Publish and Perish (my first book! of all things) as well as Pursuit And Persuasion.

And yet, the path wasn’t straight from there, even after the fourth Ben Reese came out. Editors – who think your fifth book’s the best, and intend to put real money behind you for the first time – get thwarted by company presidents and suddenly retire. Other publishers don’t want a new book when they don’t own the series backlist … and you end-up scrambling again, trying to find a publisher for the next two books.

This is an oft told tale. Which makes me ask, “What do we mean by ‘made it?’” I’m very grateful that I was published by the editors who published my six Ben Reese novels. I’m extremely glad I was nominated for an Edgar. But don’t we always want the next thing – the one we haven’t got?

I’ve been told three times in the last two years that I only have six months to live. I wrote a new mystery during that time about a woman architect in the early sixties in Kentucky horse country. It’s been the writing, the thinking, the work itself that’s mattered to me – much more than the hope of success, or the hope of praise, or any possible award. Breeding Ground – being able to work with the horse world in Lexington, to write about three family horse businesses fraught with family conflict, about caregiving, and discouragement too, and what can come out of suffering – actually being here to publish it myself, and begin to plan the next book – that’s what’s meant the most.

When I got discouraged (which I did fairly often) in the seventeen years before I was published, my husband would say, “A writer is someone who writes.” It’s getting to do the work, to write something that I think is worth writing about, that – excluding my faith and my family – is the gift I’m most grateful for every day I’m given.

Sally Wright is the author of six Ben Reese mysteries: Publish And Perish, Pride And Predator, Pursuit And Persuasion (a Mystery Writers of America Edgar Allan Poe Award Finalist in 2001), Out Of The Ruins, Watches Of The Night (published in June 2008) and Code Of Silence, a prequel to the series (published in December 2008).

Wright was born obsessed with books, and started pecking-out florid adventure stories with obvious endings by the time she turned seven. She wrote and performed music in high school and college, earned a degree in oral interpretation of literature at Northwestern University, and then completed graduate work at the University of Washington. She published many biographical articles, including pieces on Malcolm Muggeridge and Nikolai Tolstoy, Leo’s grandnephew, before she wrote her Ben Reese books.

Reviewers compare Wright’s work to that of Agatha Christie, Dorothy L. Sayers, Josephine Tey, Margery Allingham, and Ngaio Marsh. Wright herself says that her literary influences range from all of those to Tolstoy and Jane Austen, from P.D. James to Dick Francis.