Made It Moment: Wally Wood 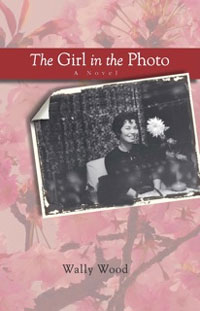 This writing life can bring us into all sorts of unexpected places, including prison, as Wally Wood’s Moment shows. But Wally’s Moment also shows a great deal more. As writers we pursue our art and craft largely in isolation. Even if we’re lucky enough to be published, and people read our work, we don’t often know what effect it may be having. If a page is read in a forest, does the writer hear? Wally was given the opportunity for his words not only to wind up in someone’s hands, but also in their heart. He really changed somebody’s life. And in the end, isn’t that what all we storytellers hope to do? 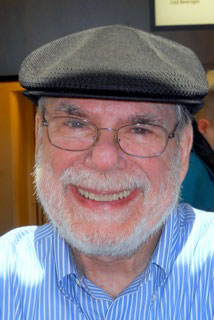 Shortly after my wife and I moved into our house twenty years ago, the recently-opened men’s prison in town suffered a riot and an escape. These confirmed the worst fears of the townspeople, who’d fought the state over the prison. A number of prison staff—the chaplain, head of recreation, head of volunteer services, and several others—held an informational meeting at a local church to talk to residents about the situation. They said they would welcome volunteers to work with the prisoners. I volunteered.

As a former magazine reporter and editor and as someone who supports his fiction habit by ghostwriting business books, I developed and taught six writing units: fiction, journals poetry, articles, plays, letters. The students volunteered for the classes and they had to bring a piece of writing every night as a ticket of admission. No ticket (a barely-literate short paragraph was fine), no class. Miss a class and no certificate at the end of the six weeks.

Because I was never a teacher in a classroom, I hadn’t had the experience before of watching a student catch fire and begin to thrive—like watching a flower bloom in stop-action photography. Still, you never truly know what effect you’re having and prison conditions (no contact outside of class, no phone calls, abrupt transfers to another facility) make it even more difficult. You would like to think you’re making a difference, but you cannot know.

All this background sets a context for my Made it Moment. One of my students was doing a sentence for murder. He was released on parole a year ago and he spoke to a newspaper reporter. I happened across the article in which my student said he began to change his life in prison, attended substance abuse programs, enrolled in the college classes that were available, and exercised regularly, which helped him release negative energy.

But, writes the reporter, “his most important bit of therapy was when he enrolled in writing classes offered at the prison. He said that these classes were his ‘emotional release’ that allowed him to put his thoughts on paper. He said that it was the writing classes that truly ‘helped him get through.'”

Wally Wood—not related to the late comic book artist Wally Wood—has written two novels about love, loss, and relationships while making a living writing business books. A member of the American Society of Journalists and Authors, he has woven his lifelong love of Japan into both novels.

Wally got the idea for his debut novel, Getting Oriented: A Novel about Japan (2011), a few years after serving as a first-time tour guide for Americans vacationing in Japan. His second novel, The Girl in the Photo (2013), grew out of his experience rubbing shoulders with surgeons while stationed at an Army hospital in Japan after the end of the Korean War. The book follows the emotional journey of a middle-aged brother and sister as they mourn the death of their surgeon father and discover a romance he’d kept hidden for 50 years.

Made It Moment: Terry Shames 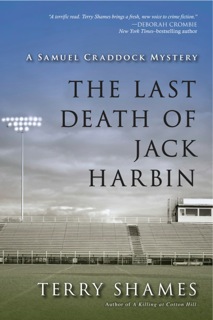 There have been almost 300 Moments authors, and while I have a vision someday of us all gathering over drinks, coffee, or ice cream sundaes, and talking about this writing life, for understandable reasons that party hasn’t happened yet. I have, however, had the joy of meeting some of the Momenters in person, and Terry Shames is one. Terry and I were both debut novelists at the same time–that’s a little like being new moms together–and we got to talk at Janet Rudolph’s fabulous Mystery Salon.

Then Terry’s novel came out.

You know that feeling when someone you like also turns out to be a wonderful writer? It’s like meeting on two plains. You’re kindred spirits in a whole new way. Terry’s mystery is garnering praise from too many outlets to mention here–author and reviewer Andrew McRae just suggested it as a contender for an Agatha award–and that’s reason enough to share her Moment. But if you read on, you’ll see there’s another reason, too, and that’s the change that occurs inside a writer, no matter how she makes it. 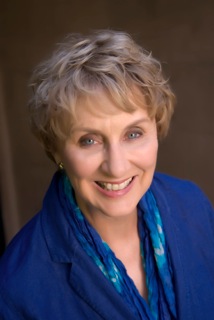 Thank you to my host, author Jenny Milchman, for asking me to write about what moment made me feel like I had finally arrived.

This morning I awoke to a fabulous review. It could easily be a “made it” moment, and I’ve had more of those moments in the past eight months than I could ever have imagined. But my real “made it” moment is a lot more mundane—even silly.

“I admire you so much,” people say to me. “You really persevered.” I smile and thank them. But you know what? Perseverance doesn’t begin to cover it. Add perseverance to commitment, drive, the ability to overcome disappointment again and again, stubbornness, the determination to continue to sharpen one’s craft, and the capacity to pretend that reality doesn’t exist, and you’ve got a good picture of what it takes for most people to find a publisher eager to turn their manuscript into a real, live book.

In the years that I’d been trying to get published, a new opportunity had flourished—self-publishing. Self-published authors had gained a lot of respect and many of them seemed happy with the control they had over their books–the cover, price, the “look,” and whether the book was physical or electronic. They were happy with the fact that they made more money per book than they would if they were traditionally published. But learning the ins and outs of self-publishing seemed like a steep learning curve. Learning to promote my book was a learning curve I couldn’t avoid—but I really wanted to avoid the daunting production part if I could. Still, I accumulated a file of information about self-publishing. I gave myself a deadline to find a publisher, and was determined after that time to publish my first book myself.

One month before my “drop dead” date, I got “the call” from my agent. I had imagined this call countless times, imagining myself squealing, dancing around, chattering. None of that happened. In fact, I felt numb as I listened and tried to comprehend what my agent was telling me—that a real, live publisher loved my book and wanted to publish it. I must have sounded rational on the phone, because my agent talked to me as if I were. I remember saying I was excited. But I don’t remember feeling excited. I remember feeling disbelief.

Here’s why I know that was my “made it moment”. As soon as I hung up the phone, I did something completely out of character for me: I walked upstairs to my bedroom, changed into dress-up clothes and put on makeup. It still makes me laugh to think that that was my reaction. After writing several books that came close but fell short; after considering giving up and needing pep talks from my friends to keep going; after enduring looks of pity from people who knew I was banging my hard, hard head against a hard, hard wall, I had gotten the call that said the wall had yielded before I did.

Terry Shames is the best-selling author of A Killing at Cotton Hill and The Last Death of Jack Harbin, Seventh Street Books. Her books are set in small-town Texas and feature ex-chief of police Samuel Craddock. Terry lives in Berkeley, CA with her husband and two rowdy terriers. She is Vice President of Norcal Sisters in Crime and on the board of MWA Norcal.