Made It Moment: Kit Sloane

I am new to Kit Sloane’s mysteries, which take place in the mysterious (even baffling) world of film. Start with Final Cut if you are the type who likes to follow a series from its fledgling roots, or delve into Kit’s latest, which deals with music, stars and starlets, and the potentially lethal results whenever egos are on the line. Below, Kit shares with us how she was able to give a chance to many aspiring writers–and how the favor was returned! 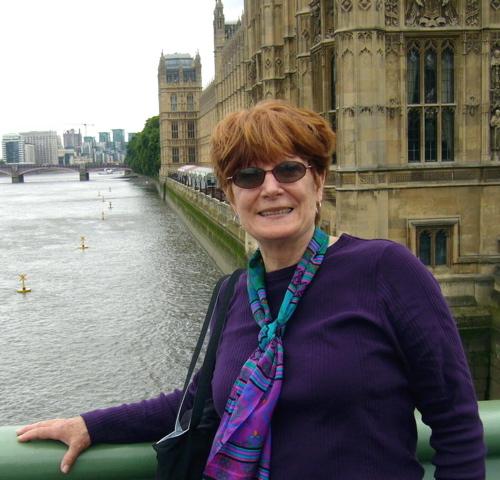 My writing “career” developed along with and, I truly believe, mainly thanks to, the Internet. When I began writing in the 90s we writers were on our own. No Internet. No networking. After I finished my first manuscript, I checked out books from the library with forbidding titles such as, “Getting an Agent,” and “How to Get Published.” Later, a few writers’ organizations popped up like Sisters in Crime. And then came the Internet. We writers weren’t alone at all! Gradually we were able to network with other aspiring writers working toward the ever amorphous goal of getting published. We could share news and facts and opinions…and gossip!

I became fiction editor of a short story magazine called Futures. Futures encouraged first stories by brand new authors. Even today, people come up and tell me I was the first person who ever accepted them for publication! From editing, I networked with a publisher who had a mystery magazine. She accepted my short story and then encouraged me to send her a manuscript when she decided to give Independent publishing a try. Finally, I was published, at last!

Through this time, I had five agents (none sold a word) and am now with my 3rd Indie publisher. (It’s a tough business and few survive, and most Indies don’t like working with agents, either!) She is a careful editor and, as with most Indies, is very supportive of her authors. So, no, I’m not rich and famous and I still know NO authors who support themselves solely with their writing. But I’ve attracted devoted fans and the 7th in my Margot and Max Mystery series has just been released. And it’s still a thrill, after all this work and time, to hold that book with your name on it!

A graduate in Art History from Mills College, Oakland, California, Kit Sloane has published short stories and many articles on the art of writing and the writing business. She served as first fiction editor for Futures Mysterious Anthology Magazine. She especially enjoys lecturing about the writing world and mentoring new writers. She is a long time member of Sisters in Crime, Mystery Writers of America, and Mystery Women of the UK and was named one of Mills College’s Literary Women for 2007.