Made It Moment: Pamela DuMond 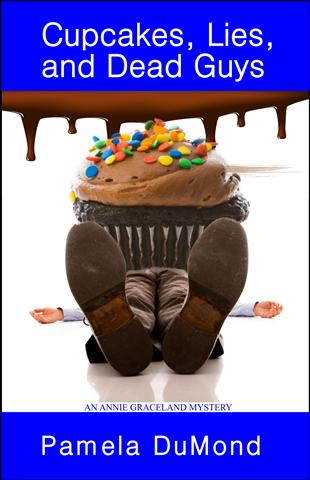 I am very excited to welcome author Pamela DuMond to the blog. Pam’s debut mystery is just that wise combination of wit and tremor that keeps the genre fresh. And her Moment is full of wisdom (as well as perhaps a touch of much-deserved snark).

Another reason this post is special is because we are doing an especially cool giveaway (had to try and keep up with Lois’ unique gift idea from yesterday)!

If you leave a comment, you will be entered to win one of two prizes. The first is a copy of Pam’s book. The second is a Q&A session with the very cool publisher of her book. Krill Press is one of a handful of presses that I think may be poised to take the reading world by storm–finding fresh, new voices and giving them entry. Details will follow for the winner! Thanks for stopping by, and now…read on. 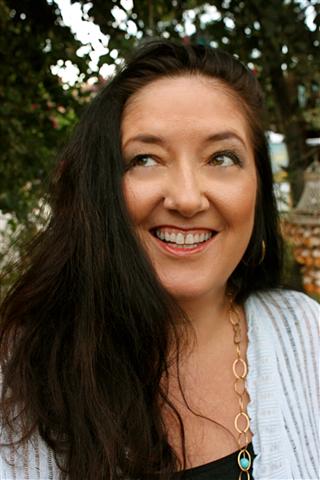 Thank you Jenny Milchman for inviting me to share my “Made it Moment” with your readers. You are a peach!

I spent eight months querying my novel, Cupcakes, Lies, and Dead Guys, when I got the call from a super cool agent at the Very Reputable Agency, (VRA). This had to be my, “Made it Moment.” Break out the champagne! Shout Hallelujah! Go eat a big fat juicy burger with fries, because in that moment there couldn’t possibly have been calories. You get a great agent, and the battle is won, right?

I adored my Agent. She was smart, energetic and loved my book. She took it out wide to Mystery Editors. They turned it down. Hmm. New strategy. She took it out to Women’s Commercial Fiction Editors. They turned it down. Huh? At that point I was working on three other book ideas with my Agent. She thought I should re-write Cupcakes to be more of a romance. Okay. Let’s do it.

I stopped work on my other projects, stuck my nose to the romance grindstone, (no pun intended,) as I tried to make my comedic mystery a little more touchy-feely. I’d been re-writing for about a month when I decided to check in with my agent. I liked to look at the VRA’s website. I found it comforting. Like a big strong guy who could lift heavy furniture and kill bugs. Re-assuring. Not. The weekend in June 2010 that I checked in with VRA’s site, it was down.

Was VRA redoing their site? Merging with another agency? I shot an e-mail to my agent. I didn’t hear back. No problem. It was the weekend. That didn’t stop the panicky feeling. I went on Querytracker’s site. It said as of two weeks prior, my agent was no longer at the VRA. That had to be a mistake. Someone from VRA would have contacted me, right? I decided to call. The voice on the other end said my agent no longer worked at VRA, and any questions should be directed to She Who Dispenses Bad News, (SWDBN).

I called SWDBN on Monday, and learned that I was agent orphaned. Didn’t matter that we were working on a re-write and 3 other books. But I could feel free to re-query VRA in the future. I curled into a nauseated ball on my couch and cried. Then I called a friend. She called her Editor at Krill Press, an Indie Publisher. He was closed to submissions, but gallantly said he’d take a look at Cupcakes’ first three chapters.

I decided to write book #2, and get a new agent. That’s when I got an e-mail from Krill’s Editor. He wanted the full ms. About two weeks later I got the call. He loved Cupcakes, Lies, and Dead Guys. He offered to publish it, but encouraged me to find a bigger publisher, as he felt the book was commercial and he did not have huge distribution like a big publisher or even a bigger indie publisher.

I thought about it and researched. One bigger indie publisher required you to submit, give them a four month exclusive and if you never heard back, that meant they weren’t interested. No thanks. Krill Press published Cupcakes, Lies, and Dead Guys in trade paperback, Kindle and Nook, November, 2010.
Regrets? I miss my agent and will be looking for a new smart savvy person to guide my writing career in the future. My Made it Moment? Holding my very beautiful book in my hands and having people tell me how much they loved reading it. That is priceless.

Pamela DuMond was born and raised in the Midwest. She moved to Los Angeles for love. When that tanked, she stayed for the beautiful weather. Cupcakes, Lies, and Dead Guys is her debut novel; she has also contributed essays on intuition to Soul Moments: Marvelous Stories of Synchronicity – Meaningful Coincidences from a Seemingly Random World, edited by Phil Cousineau.

She’s edited more than her share of self-help books, and discovered and pitched Erin Brockovich’s life story to a production company. Erin Brockovich the movie was nominated for four Academy Awards; Julia Roberts won her first Oscar for portraying Erin. With Joe Wilson, Pamela co-created Celebrity Jar of Air, the internationally acclaimed comedic jar that may or may not have contained air molecules breathed by Brad Pitt and Angelina Jolie.

Pamela is an author, writer, chiropractor and cranio-sacral therapist. She loves reading, writing, the beach, yoga, movies, animals and her family. She lives in Venice Beach, California with her furballs. She’s currently writing the second mystery in the Annie Graceland series, as well as a YA para-normal romance. She lives for a good giggle.