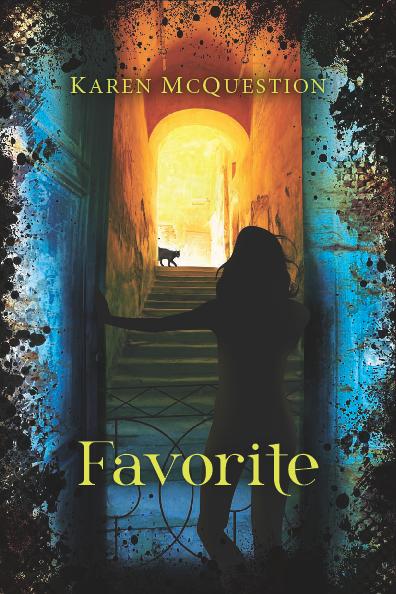 I am thrilled to welcome back initially self-published sensation Karen McQuestion to Suspense Your Disbelief. Karen wrote a Made It Moment last year and since then her sales have only soared, Amazon’s print publishing arm, Encore, has released a second book, FAVORITE, and now in the wake of Barry Eisler’s departure from SMP, Karen is back in the news again–Entertainment Weekly, no less–as one of the leaders of the pack in this brave new world of independence in publishing. Please read on for Karen’s update, in her own words. And then check out her new book, a creepy, tingly, one-day read, with a positively gothic mystery at its heart. 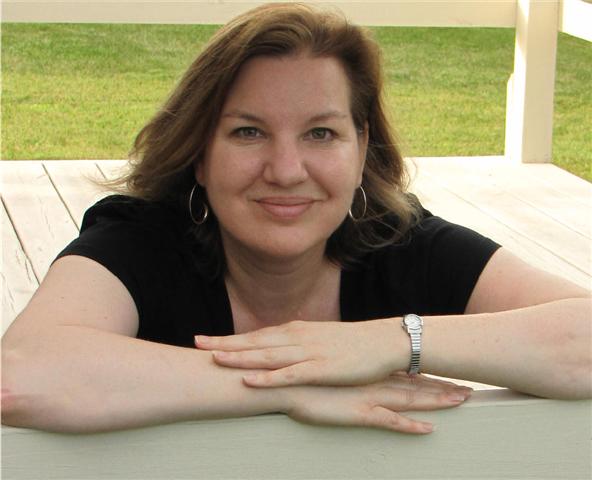 I rewrote my young adult novel, Favorite, many times.

It started out as an adult book–a women’s fiction with a mystery element. The main character, Angie Favorite, was in her mid-thirties and had a father who’d disappeared when she was a child. Events in the book gave clues to what had happened to him. There was a crazy cast of characters, including her ex-husband, a rock guitarist named Elroy, her smart teenage son, Jason, and her brother, Bob, and his selfish wife, Carla (the couple had their own subplot). After I finished writing it, I had several writer friends review it and give feedback, then I made some changes and polished it up.

I got an agent for the book. He was new to the agenting game, but enthusiastic. He had some great suggestions for improving the manuscript and we did two rounds of revisions. He sent it out to twenty-some editors with the title Finding Angie. Two of them liked it well enough to take to their editorial committee, where it was promptly shot down by the marketing people. When my agent took a different job dealing with foreign rights, we amicably parted ways.

I sent the book out on my own and a few editors agreed to read it, but there were no takers. One editor didn’t want to buy it, but sent me extensive notes suggesting improvements. Her ideas would have required a lot of work. By that time, I was tired of the book, so I shelved it and moved on to writing a different novel.

A few years later, I got the idea to rewrite it as a young adult novel. This required making Angie a teenager. Her ex-husband became her father; her mother became her grandmother, and her son, her brother. The missing parent was now her mother. I made other changes as well. I dug out the letter from the editor who’d given me detailed notes. She’d disliked the ambiguous ending, (which I’d thought was true to life), so I scrapped it and completely rewrote it. Following her advice, I deleted numerous metaphors because they were distracting and unnecessary. I also eliminated the Bob and Carla subplot, because really, who cared?

I queried agents for this new YA version and one called with interest. We talked and she said she wanted changes. Her assistant emailed me notes, and I wrote my heart out for three weeks. I sent the revised manuscript back and waited. A month later, she sent a terse email saying it wasn’t for her, but thanks anyway. I was disappointed and puzzled. Shortly thereafter, she left her agency and started her own. I like to think that maybe she was caught up in the process of starting a new business and didn’t have time, but I’ll never really know.

I started to wonder if it was just a weird book.

I had another writer friend read it and she pointed out some areas in the story where I’d done more telling than showing. I fixed this problem and added 4000 words in the process.

In November 2009, encouraged by my mom who said it was her favorite of all of my books, I self-published the manuscript to be available as an e-book on Kindle. I found a great image on istockphoto.com and gave it the title, Favorite. I was overjoyed when my weird book starting selling well.

Based on sales and good reviews, it was acquired by Amazon’s publishing division, AmazonEncore, last year and will be rereleased on April 1st. Going with a publishing house required two rounds of editing, but this time around it was fairly painless.

I can’t wait to send a copy to the editor who was so helpful so many years ago. She may not even remember me or my manuscript, but I want to let her know that her efforts to help a new writer made a difference.

I’m happy Favorite found a publishing home with AmazonEncore, but I’m even happier that it’s now out of my hands and I can’t make any more changes. Enough already.

Karen McQuestion‘s essays have appeared in Newsweek, Chicago Tribune, Denver Post, Christian Science Monitor, among other publications. She is the author of six books self-published on Amazon’s Kindle, one of which, A Scattered Life, caught the attention of an L.A. based production company and became the first self-published Kindle book to be optioned for film.  Her new book, Favorite, releases today, April 1, 2011, by AmazonEncore.  McQuestion lives with her family in Hartland, Wisconsin.

Leave a comment for Karen! You’ll be entered to win a copy of FAVORITE.