Made It Moment: Kris Bock 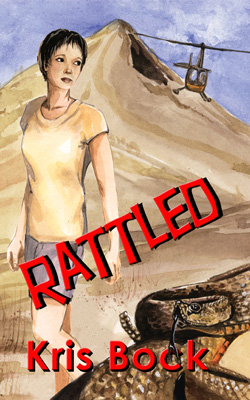 There often seems to be–on this blog, the wider net, and even so-called real life–a chasm between traditional and independent (or self) publishing. I like Kris Bock’s Moment because it shows how an author can bridge this gap– possibly gaining the best of both worlds. 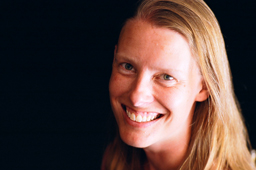 I sold the first novel I ever wrote, a historical drama for middle school students called The Well of Sacrifice. I had made it! I had a masters degree in Professional Writing and Publishing, experience in magazine editorial, and $15,000 in savings. I quit my job to be a full-time novelist.

I failed to sell my next 10 novels. I did work-for-hire nonfiction and wrote for magazines, but I eventually realized I’d gotten lucky with The Well of Sacrifice. It’s still in print, but I had a lot to learn about writing novels before I sold another one.

In 2008, I sold a series about a brother and sister who travel with a ghost hunter TV show. I had made it! The first three Haunted books—The Ghost on the Stairs, The Riverboat Phantom and The Knight in the Shadows—came out in 2009.

I expected to stay busy with Haunted for a few years. But the company reorganized and fired my editor. The series died.

I kept writing, but publishers seemed to want a few specific genres (vampires, anyone?).

I was getting a little depressed by this point. I needed to try something different. I’d been reading mainly romantic suspense, so I decided to write for adults. Rattled — about two best friends hunting for a long-lost treasure in the desert of New Mexico, with help from a sexy helicopter pilot and a larger-than-life cat — was great fun to write.

Back to Rattled. My agent thought we could sell it. But I loved the control I had with “indie” publishing, especially in terms of timing. It could take months to get a contract and years before the book came out. If I self-published Rattled, I could launch it at the Left Coast Crime convention, where I was giving two presentations. I wouldn’t get an advance, but if this book did well, I’d do better in the long run.

It was a gamble, but isn’t all of publishing—and the rest of life?

I hired a cover artist, and dealt with proofreading and interior design. When I saw what would be the final cover art, I got a little chill. I got another when I uploaded the cover and interior to be published. I had a sudden thought—We’re making a book!

It’s too early to judge the success of Rattled, but I have a book I’m proud of, and I feel in control of my career again. I haven’t made it, not by a long shot, but in the meantime, those little moments are worth celebrating.

Ms. Bock also writes for young people under the name Chris Eboch. The Eyes of Pharaoh is an action-packed mystery set in ancient Egypt. In The Well of Sacrifice, a Mayan girl in ninth-century Guatemala rebels against the High Priest who sacrifices anyone challenging his power. Read excerpts at www.chriseboch.com