Made It Moment: Steven Rigolosi 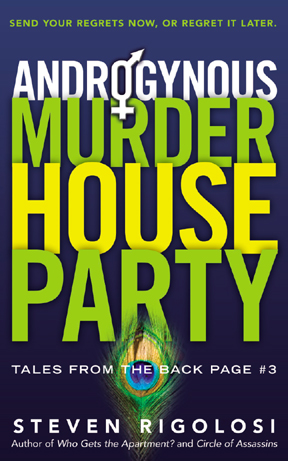 I love it when I get to read an author’s book *before* the Moment goes up. It’s even better when I love that book. (Suspense Your Disbelief readers know my reading tastes are a little strange and iconoclastic–I often love books others hate and vice versa). Anyway…Steve Rigilosi’s second novel (I have his other two to look forward to) blew me away. The tale was so creepy in its message that all of us will do evil without even thinking it so. And maybe in the end it’s not–evil, that is–the tale is definitely creepy. Every character was an utterly real, perfect gem. Plus, you probably won’t guess the ending. If you write a novel this good have you made it? Let’s see what Steve has to say. 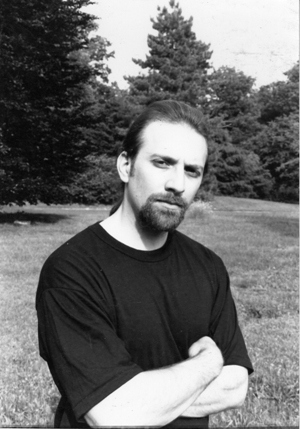 It is tough to write about my “made it moment” because I don’t think I’ve made it yet. I can say, however, that I live in the same county as Mary Higgins Clark, I once lived three blocks from Harlan Coben, and I went to the same college as James Patterson. Of course, I wouldn’t have to drop these names if I had “made it”…

But I did have a moment about a year ago that quite tickled me, and it gave me insight into the international nature of crime fiction. My latest book, Androgynous Murder House Party (Ransom Note Press, 2009) is a traditional whodunit with a twist: The reader’s job is not only to identify the murderer, but also to figure out the gender of each of the six main characters: Robin, Lee, Alex, Chris, J, and Law. The book is also a bit of a satire on urban pretension, and my first-person narrator, Robin Anders, is a world-class snob. My goal in writing Robin was to have readers laughing at, not with, Robin.

So imagine my surprise when, a few months after publication, I received an email from France. The email came from a 92-year-old lady telling me how much she adored Robin. I wrote back to thank her for the kind words and had to ask how my little book found its way across the Atlantic and into a French village. It turns out that her granddaughter, who lives in Montreal, had been vacationing on Cape Cod and bought Androgynous Murder House Party in a local bookshop. The narrator reminded her so much of her grandmother that she went onto Amazon and had a copy of the book shipped to her grandmere in France; and Grandmere implied (with pride) that I had based the character on her! Rather than viewing Robin as an epic snob, she saw Robin as a person of the highest social and cultural standards—a good thing, she thought, in a world of dirty-looking Hollywood celebrities and informal dress on what should be formal occasions.

So … if I have “made it” in France, can conquering the United States be far behind?

Steven Rigolosi is the author of the Tales from the Back Page series of mystery and suspense novels. Each book starts with a back-page ad from a Village Voice-like NYC newspaper, then weaves the story around the ad. Androgynous Murder House Party is third in the series; the first two are Who Gets the Apartment? (2006) and Circle of Assassins (2007). The fourth installment, as yet untitled, is scheduled for publication in 2012.