Made It Moment: David Antrobus 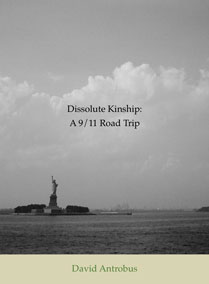 David Antrobus planned to depart for NYC from his home near Vancouver on September 11, 2001, a road trip of discovery and hopefully an antidote to the depression he was struggling with. When the towers came down, David decided to go anyway. To learn what his journey was like, you’ll have to buy his book. To learn how he knew he’d made it, read David’s words below. 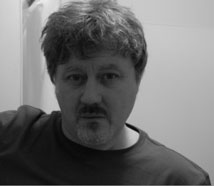 In one very mundane sense, I made it when I uploaded my book to Amazon and Smashwords—my first published book! exciting times!—but in a more profound sense, I made it when I actually wrote the book, which was in the aftermath of the events of September 11, 2001. At the end of 2000, I’d been forced to take a stress leave from my job working with street kids, and when my emotional health showed no signs of improving through the summer of 2001, I decided kind of randomly that a road trip to New York City from my home near Vancouver, Canada might somehow help. I had friends along the way, as well as a friend in Brooklyn, and I had never been to the Big Apple, so it seemed like as good an idea as anything, and infinitely better than brooding at home on antidepressants.

Only problem was—and here’s the sole justification for a unique book on this topic—I picked Tuesday, September 11 as my departure date.

But I won’t recreate it here; suffice it to say, the experience of driving to that wounded city across a silent, shocked continent was apocalyptic and unforgettable. Yet for me, the key was writing it. Writing is a calling that I’ve heard, and occasionally even resisted, since I was a young child growing up in England, although there are long years when I wrote almost nothing—working with damaged kids, as rewarding as it is in other ways, tends to suck the creativity out of you, or at least channel it in different ways. So this short redemptive book was my proof that I could change tack, turn it around, move in a different direction.

I may never publish another nonfiction book again, as my passion lies more in dark, literary fiction, but this book is my heart laid bare, essentially, and for that will always be treasured by me, its very existence proof that I (all of us, in fact) can “make it”.

As a former youth worker, in the United Kingdom and in Canada, David has continued his life’s work of trying to understand others and to be understood. Communication is at the root of everything. And to do it with both humour and elegance, or even beauty, would be the most fulfilling of all.