We’re not in Kansas anymore, oh wait, yes, we are

What with my husband’s computer being flaky (read: meeting a slow, ungainly end) and the hours we lose going this way instead of that, east rather than west, my time on the web has been way too limited.

But I did want to say hello from the road, and sum up a few adventures we’ve been having. 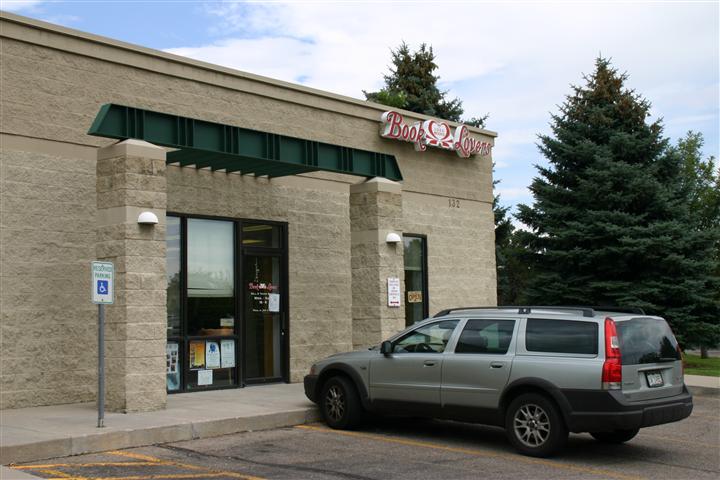 But first, no blog post written during this pre-pre-book tour we’re doing would be complete without a quick update from the American bookstore scene circa 2011. I’m not sure whom to quote first–or how to capture the ebullient nature of the booksellers we’re meeting. On the way out, I stopped in at Calico Books in Broomfield, CO to meet Becky F2F. Becky is a longtime Facebook friend, and original supporter of Take Your Child to a Bookstore Day.

On this trip back, I got to see Becky’s mom’s bookstore in Fort Collins, CO. Becky’s mom wasn’t there, but another bookseller named Pam was, and she said the store had had its best season yet. “The economy is helping us,” she said. “What’s cheaper entertainment than a book?” Since Book Lovers accepts books in trade, you can rid your house of some clutter-to-you that will become entertainment-fodder for someone else and garner brand new reads–all in one fell swoop.

But back to our travels. 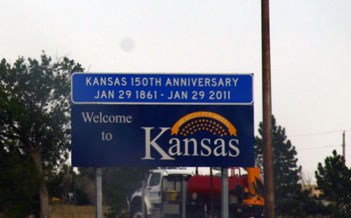 Things are different on the road. *We’re* different on the road. The behaviors we must contend with in our kids are different–lesser than things we face when they’re running free, crossing streets, and other elements of ever encroaching freedom are at play–but perhaps more intense given that we’re all contained in a capsule moving at 70 mph together for six or more hours a day.

Even things like the sky are different on the road. It’s really true that it’s big out here. You have to turn your head 90 degrees in each direction to take the whole thing in. 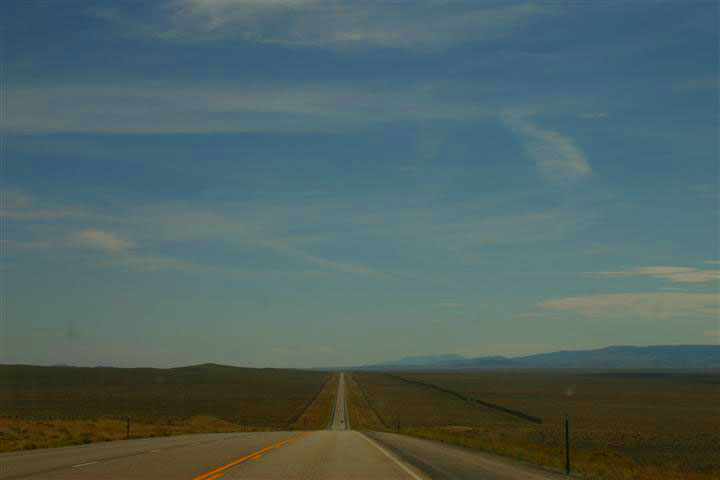 You meet friends you’d never otherwise have on the road. We crossed from Colorado into Kansas late yesterday–into a town both cleverly and obviously named Kanorado–and did something we had yet to have done by this, our fourth trip across the whole vast country. We almost ran out of gas. 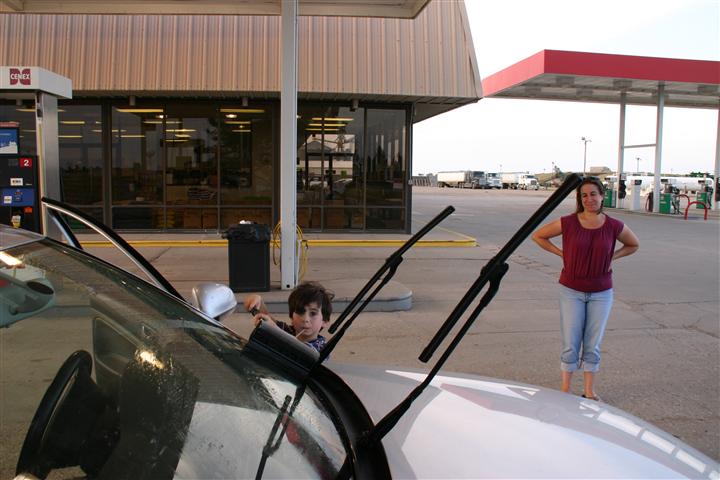 The dash said we had 25 miles left (which I didn’t entirely trust anyway; I mean, how does the car *know*) and we had gotten off at an exit that clearly stated ‘gas’ as in ‘gas here, not to worry,’ but when we arrived at what looked to be a station, there were no pumps, no sign, and no people. Whatever gas had once been there had gone the way of climate change and apocalyptic crash.

At least so it felt to me, toward the end of a long day, in a state we’d never been in before, with unending miles of dusty road stretching in either direction, not a soul on it.

Then a pickup truck pulled out from across another, even smaller, road, and I flagged the driver down. This might be something I’d be wary of doing back in NJ, but as I say, things are different on the road.

The man pulled into the gritty, gas-lacking lot our car sat in. He had a kind face, folds worn in deeply by wind and sun. I told him the problem, feeling dumb and discomfited and like I never fit in anywhere.

I told him I should have 25 miles’ worth.

I watched the miles tick down on the dash–we had 20 left, then 15, then 10–and on that blank stretch of road. The gauge claimed we had just the slightest bit more gas than we had miles to go.

We made it to a gas station and the man in the pickup pulled in behind us, to make sure we were okay.

And even though the gas station was strange–not one of the global corporations that may soon go the way of the dinosaur–and we didn’t know where we were sleeping that night and my car was so thirsty it cost us fifty bucks to fill up–there was a sense of being exactly where we were meant to be.