Made It Moment: Michele Dreier

This Moment takes us back before the reviews, before the reader reactions, before the offer of representation, or publication, or decision to publish. Before the things that constitute Moments for so many. Instead, Michele Dreier mines her writing journey for that time when how to create the story we’re meant to finally clicks into place.

I can remember when this took place for me. It was, as Michele, suggests life-changing. Certainly it forever changed the direction of my work and passion.

In Michele’s case it became her Made It Moment. 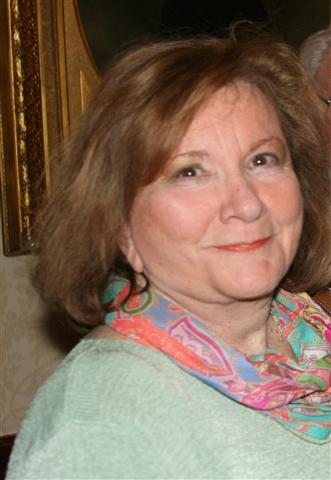 I’ve always written, although I haven’t always wanted to.

In high school, I got sucked in by the siren call of science and didn’t even take Senior English.  When I started college, I was coerced into registering for an honors English class which I took, just because.

This wasn’t right, I was a chemistry major and had a four-year plan plotted out.  It didn’t include any liberal arts beyond what was required for General Education.  I was going to take chemistry, physics and math and get a high-paying job as a research chemist.  Oh, the future was rosy…until I met Organic Chemistry.  It was NOT love at first sight.

To escape, I began hanging around the journalism department because I had a friend on the college paper.  I discovered that the j-school people had w-a-y better parties and talked about w-a-y easier classes, so I ditched my first passion and took up with Liberal Arts, which was to become my life partner.

It hasn’t always been a perfect marriage.  I’ve spent a large amount of time writing, but not necessarily what I wanted to write.  Early on in my journalism career, I was assigned “policy” stories, short feature stories with a slant from the publisher—who was more conservative and far richer than I.

I finally put myself and my baby into the hands of a writing coach.  She helped me get some focus, hammered me to cut the “chat”—her term for the information dumps and paragraphs of description which didn’t move the story along—and pushed me to “show, not tell,” a mantra that I’d used for years working with reporters.

Until one day when I was talking to my daughter.  As I think my daughter is a very cool person, exceedingly bright and reads even more than I do, I trusted her to tell me the truth.  She’d been going along, reading chapters and rewrites, copyediting and critiquing and giving me good advice, but she was tired of it.  One more time, I asked her what she thought I was doing wrong, or maybe not doing right.

She looked at me and said, “Just write one story.  You have two of them here.”

That was my definite “I got it” moment.  Others had good critiques, but they said things like, “You have to much about working at a newspaper in here,”

My daughter finally understood and said, “One story.”

With that simple statement and idea, I immediately saw what was wrong; I’d wrapped “The Story” up in so much information, wanting to flesh out my protagonist, that I had a bi-polar book—one that was trying to go down two roads at the same time.

Now when I sit down to write, I look at two inspirations I have taped to my monitor. One is “Keep your eye on the prize.”

And the other is three simple words: “Write one story.”

Michele Dreier’s first career was in journalism, and she spent seven years as a staff writer with the San Jose Mercury News. After returning to Humboldt State University to work on a master’s, she fell into her second career as a non-profit administrator.

Michele has spent time as a reporter and editor for daily papers in California. She was the city, metro and executive editor for newspapers in California’s Central Valley. During this stint, she was a judge for three years for the California Newspaper Publisher’s Association Better Newspapers competition and won two awards for directing Investigative/Enterprise stories.