Made It Moment: Richard Godwin 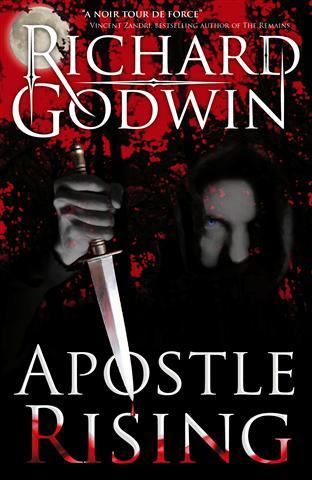 Richard Godwin conducts some of the most searching interviews of writers I’ve ever read (see the link at the bottom to Richard’s blog). So when I asked him to contribute a Moment, you can imagine I wondered whether it would be as fresh and unexpected as his questions.

It is. Below please find Richard’s Not Made It Moment.

My first crime novel, Apostle Rising, was published in paperback on March 11th of this year. It was a proud moment. I’d been published in an array of magazines and anthologies and I am always delighted when one of my stories reaches a wider audience, but the release of my first novel gave me quite a buzz. It has received great reviews, and sold well in a hard market.

But do I think I’ve made it?

I have since been included in several more anthologies, and am being approached all the time for work, which is nice.

But do I think I have made it?

I’ll tell you why. There’s a big ocean of writers out there and the very best are in another league. I am not comparing styles, because there are some brilliant and relatively unknown writers, but I am comparing longevity, consistency and saleability. While I think the profit driven areas of publishing are getting a deserved lesson with the rise of the E Book, which I welcome, it is hard for a writer to make a career out of fiction.

My next novel will be released as an E Book early next year.

A video trailer of Apostle Rising can be seen herehttp://www.richardgodwin.net/

Richard Godwin is a crime and horror author who has been published in magazines and anthologies, including Pulp Ink and Laughing At The Death Grin. He also has had plays produced and published poems. Apostle Rising is his first published novel about Detective Chief Inspector Frank Castle. Castle never caught the Woodlands Killer and it almost destroyed him. Now many years later and still suffering from nightmares, he is faced with a copycat killer with inside knowledge of the original case.

Richard also conducts popular and searching interviews with writers on his blog.