Made It Moment: Jimmy Petrosino 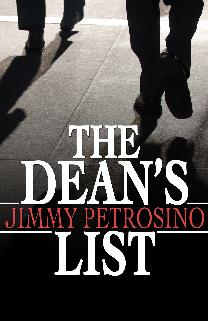 Boy, could I relate to different aspects of this Moment. Like me, Jimmy Petrosino seems to have experienced the inimical fall from grace that arrives when we realize that if we’d realized what our early drafts were really like…then we might not be in this game at all. But we keep at it, some of us, the crazy ones, and that’s lucky. Because 10 or 20 or 100 (yes, 100, keep reading) drafts later we just might find…we’ve made it. 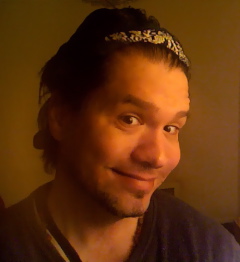 Saying “I made it,” may be the overstatement of the year. I feel I have such a long way to go but I can say, “I made it off the bench hahaha.” I began writing in my teens, it was more therapeutic than anything, keeping a journal of poetry. I would jot down my feelings which usually dealt with depression, OCD, anxiety, dying and all kinds of problems I made myself believe I had.

I always wanted to write a novel but didn’t think I had it in me. But once I bit the bullet and went for it I didn’t stop. It was a nonstop barrage of writing, mostly through the night. The original version of “The Dean’s List” was so bad that when I revisit it makes me wonder what the heck made me think I could write. But that draft does show me how much better a writer I have become since then, thanks to the 100 revisions, another book, another 100 revisions, another book, and so on and so on.

After being through two agents and enough rejection slips to wallpaper my bedroom I am happy to find people in the industry who liked my book enough to take it on. A mafia thriller that takes place in college isn’t necessarily the greatest sell to an agent or editor. I heard “it’s too male-oriented,” a lot, or “tough sell because it falls in-between YA and adult.” Still, I never gave up. Persistence and perseverance are two qualities I have and one needs in this business. Now it’s up to me to build on what I’ve started. One thing I learned from all this, you got to treat yourself like a brand and sell yourself. Those who don’t get left behind.

Jimmy Petrosino is the youngest of five brothers in an Italian American family. Jimmy grew up listening to stories at the dinner table about family members who worked as detectives, and their battles with some of the city’s most notorious criminals. He was inspired to write The Dean’s List by his father, who comes from a long line of New York City Police Detectives. His great uncle was Lieutenant Joseph Petrosino, with a park in Little Italy named after him. Jimmy currently works for his family’s business, Mountain Spring Waters of America, and just finished writing a young adult thriller about a teenage boy who suffers a near death experience.