Made It Moment: Maria Sutton

As most of you know, Suspense Your Disbelief plays host to many mystery, suspense, and thriller authors (although we’ve seen our share of women’s fiction, inspirational, historical, and literary books as well). And as most of you know, I love ‘em all–books and authors.

Today we are welcoming the author of a real life mystery, one that began in war-torn Germany and ends a world and half a lifetime away. Maria Sutton’s Moment is one that will make us all smile. I could taste the pirogis as Maria finally became convinced she was a Real Author. Her bio below is an important part of the  story that had to unravel, not in the ways of fiction, but in the way of Real Life. 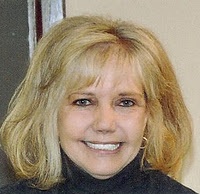 Out of the corner of my eye I could see two gray-haired ladies involved in an animated discussion about something. I glanced over and saw them leafing through the pages of MY BOOK! The waitress, noticing that my dinner conversation with my husband had momentarily ceased, gestured in my direction, letting the elderly ladies know “the author” was sitting at a table not far from where they were standing. They gave me an excited smile, so I went over to them and introduced myself.

Earlier that day I had made arrangements with the owner of the Cracovia, a fine Polish cuisine restaurant, to drop off a few editions of my book, The Night Sky: A Journey from Dachau to Denver and Back. He thought the patrons frequenting his restaurant would be interested in the book, so I left about 10 copies with him, making arrangements to drop by for dinner later that night to discuss the details of our business arrangement. My presence in his restaurant that night generated a lot of excitement and I soon found myself autographing several copies of my book for many of his diners. I felt like a celebrity with people queuing in line to get my autograph and gushing over me!

I also knew I had “made it” in the literary world when I started getting numerous Five-Star Reviews from Amazon Vine Voice Reviewers, as well as two New York Times best-selling authors. Several reviewers validated my writing ability by stating in their reviews “Please write more books.” That is the highest honor any author can receive.

Maria Sutton was born in the barracks of Germany’s former Wehrmacht command center, which had been converted to house Europe’s Displaced Persons after WWII.

In 1951, Maria, along with her Mother, Step-father, and sister immigrated to America and she has lived in the greater Denver metro area since that time. Her book, The Night Sky: A Journey from Dachau to Denver and Back is the culmination of her 43-year search for her biological father, who disappeared shortly after her birth in war-torn Germany. Without knowing the spelling or his name, nor his date and place of birth, Maria was able to find him – proving that with unwavering determination, anything is possible.

Maria graduated from the University of Colorado with a Bachelor of Science in Finance and Accounting and has also attended the John F. Kennedy School of Government at Harvard University. She has been employed by the U. S. government in several capacities throughout her Federal career, receiving awards for her writing and investigative skills.

The above title is available from Johnson Books, an imprint of Big Earth Publishing. Her memoir will be translated into several languages, including German, Polish, and Ukrainian.

Maria and her family reside in Golden, Colorado.