Made It Moment: Collin Kelley 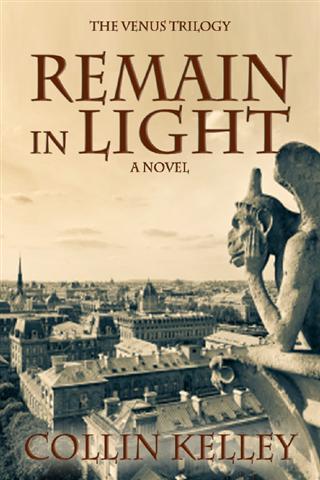 It’s not many Made It Moments whose first line involves giving up. And still fewer whose second line contains a metaphor so dazzling I wish I’d written it myself. But Collin Kelley’s book isn’t your usual novel. And so it makes sense that his writer’s path wouldn’t turn out to be very typical either. 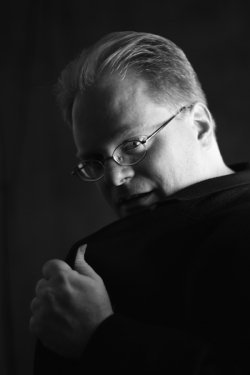 In the spring of 1995, I had given up on my dream of becoming a novelist. My file cabinet was filled with the carcasses of novels that ran out of steam after 50 or 75 pages. The grand ideas for these books seemed to shrivel and die once they hit the page; the situations seemed cliché, or else pale imitations of other writers far more talented than I.

Then I received a phone call from one of my best friends, who happened to be a teacher. She was chaperoning a group of seniors on their high school graduation trip to London and Paris and needed another adult to go along to keep the kids in line. The trip would cost next to nothing and I thought getting out of the Atlanta suburbs where I’d spent my whole life might be the catalyst I needed to spark my writing.

In Paris, we stayed in an out of the way hotel in the 11th arrondissement. Rue Rampon was a narrow little street lined with small shops and apartment buildings. Across from my room was an apartment with a long wrought iron balcony full of flowers. The French doors were always open and the interior was lined with bookcases crammed with tomes. There was a big desk with an old typewriter, what appeared to be manuscript pages, and even more books.

But I never saw the owner. For a solid week, the doors were always open, but the writer was never at work at the desk. So I invented her in my head. A Parisian widow disabled by agoraphobia, who never leaves her apartment and works as a book editor. At night, she spies on the guests of the hotel with her binoculars.

I disentangled myself from chaperoning duties to explore parts of Paris off the beaten path: the St. Martin Canal, the Jardin des Plantes, the side streets of the city where the real living takes place. I would pick up the newspapers and read that the city was on high alert for terrorist activity. And then the Saint-Michel metro station was bombed. My first novel suddenly seemed to spring to life – beginning, middle and end.

Little did I know that my summer in Paris would spawn not one book, but three. Remain In Light is the second book in a trilogy that began with Conquering Venus. The lead character is an agoraphobic widow and book editor named Irène Laureux who lives in an apartment on rue Rampon. In the summer of 1995, she meets an aspiring young American writer staying in the hotel across the street and they are not only caught up in the metro bombing but a murder mystery.

I found the spark.

Collin Kelley is the author of the novels Remain In Light and Conquering Venus (both from Vanilla Heart Publishing). His poetry collections include Better To Travel, After the Poison and Slow To Burn.