Made It Moment: Joan Hall Hovey 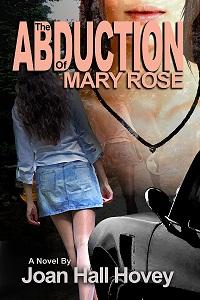 Joan Hall Hovey’s Moment–or MomentS–contain some very inspiring words. Words to live by as a writer. The book world is changing all around us–out from under us in some cases. Joan is an inspiration as an author for the way she mines riches from each new leg of her writer’s journey.

She also happens to write some mean WIJ (Women in Jeopardy) novels. If you like psychological suspense, check out Joan’s books. You’ll enjoy a night spent reading late–one pleasure that no matter how the world changes I think we will always enjoy. 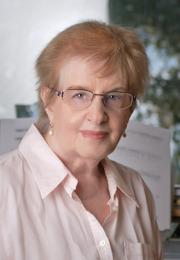 My obvious made it moment would have been when I sold my first book Listen to the Shadows. I’d been writing for years, short stories and articles, but mostly stories for the confessions magazines, which didn’t give you a byline. I wanted my name on my stories. And I wanted to write a publishable novel.

I began a suspense novel.  And two years later, in November of 1991, I sent it off.  I’d done a lot of research and had a good feeling about it.  I was right.  In February, the phone rang.  I was at the kitchen stove cooking spaghetti.  It was Ann LaFarge, senior editor of Zebra, in New York calling.   I was wild with excitement, but managed to restrain myself from  doing my version of  ‘You like me, you really like me’.  There could be only one reason for them to call. They were going to publish my book.  And they did.  Though first I had to weave in another 25,000 words to bring the book up to the 100,000 word count they wanted.   So one might say that was my made it moment.  I got written up in our local paper, I did book signings (where I didn’t have to cart books with me) and went on TV.   I was a celebrity.  At least in my home town.

Zebra went on to publish my second book Nowhere To Hide. Things were going swimmingly.   Then I wrote Chill Waters, which they turned down.  I was lost,  back to square one. It seemed like square zero.  Back to sending out the book and receiving nice little notes of encouragement, but still rejections.  I was a midlist author and that wasn’t a good thing to be, I learned.  I decided to publish with an ebookpublisher at a time when I was just hearing about ebooks. The experience was less than great, but a learning experience.And certainly humbling.

I’m with a new publisher now, a Canadian publisher, Books We Love Ltd. owned by Jude Pittman and Jamie Hill, both of whom are authors themselves.  And very smart women.  I’ve embraced the new technology in full measure.   At this stage of my life, traveling, doing book signings and all that goes with it, holds little appeal for me, so being an author with a small primarily ebookpress that makes my books available in print as well as download, works well for me.   And when I received my check this month, well, that was another made it moment.  I’m like Maggie Muggins:  “I don’t know what’ll happen tomorrow”.  And you never say never.

Made It Moments come at many junctures in our lives.  Often, when we least expect them.  My first was in grade school when I read my ghost story aloud in class and I was very aware as I read that there was not a cough or a shifting in the seats to be heard.  I held them in the palm of my hand, as the saying goes.  When one girl gasped, I knew total triumph.  And of course when I sold my first short story, that was a made it moment.

The lesson is to keep writing, keep learning.  Never give up. Because it’s really always about the journey.Rarely the destination.  You can have a made it moment next month or next year.  Anything is possible as long as you’re alive, and striving for excellence.

Joan Hall Hovey was born in Saint John, New Brunswick, Canada. In addition to her suspense novels, her articles and short stories have appeared in such diverse publications as The Toronto Star, Atlantic Advocate, and Mystery Scene. Her short story Dark Reunion was selected for the anthology investigating Women, Published by Simon & Pierre.

Ms. Hovey has held workshops and given talks at various schools and libraries in her area. For a number of years, she has been a tutor with Winghill School, a distance education school in Ottawa for aspiring writers.

She is a member of the Writer’s Federation of New Brunswick, past regional Vice-President of Crime Writers of Canada, Mystery Writers of America and Sisters in Crime.

She enjoys playing the piano (albeit badly) and spending time with family and her dog Scamp. And especially her 2 year old grandson, Liam. She currently working on her next novel.