Made It Moment: Bill Meissner 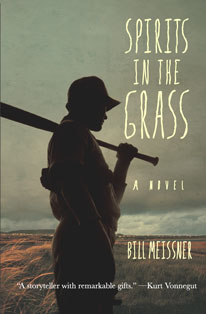 This Made It Moment, perhaps the most poetic this forum has seen, proves two things. One, there is some serious talent at the NYWW Perfect Pitch Conference (which is where I met author Bill Meissner) and two, a Moment can be about things that happen long before we have any concept of success. Read on for a Monday morning literary treat. 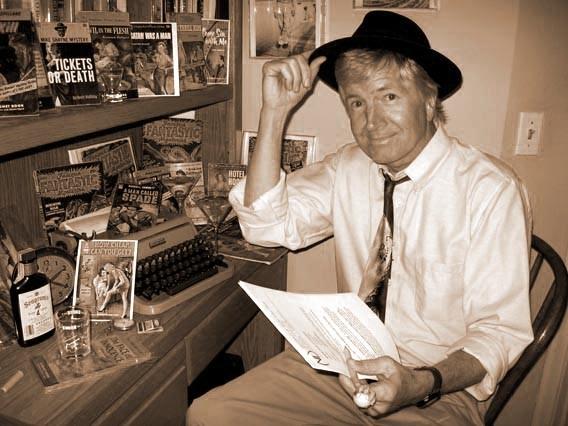 THE EUCALYPTUS TREE:  SOME THOUGHTS ON ‘MAKING IT’

A finished novel is like a full-grown tree in your back yard.   As readers walk past, they see—and hopefully appreciate—the solid trunk, a kaleidoscope of branches, and the succulent green leaves shimmering in the sunlight and glowing in the moonlight.  But what a casual reader doesn’t see is the complexity of what’s below it, the tangle of roots they never know is there.  Some Australian eucalyptus tree roots reach down 180 feet—almost as far as the height of the tree—and your novel/tree is no different.

So, what are those roots beneath a finished novel?  What are those extensions down there in the darkness that curl around rocks, anchoring the tree as they search for water and nutrients?

They’re the experiences—positive, negative or both—that informed or led to the writing of the book.  There’s so much back there:  It’s your childhood; it’s running down hillsides toward trains and spilling strawberry Kool Aid on the sidewalk.  It’s the time you first swam in a deep, glacial lake and felt the fear of sinking into the azure water below.

It’s the sound of crickets at night as you lay in a field, watching the streaks of northern lights and the slow whirl of the stars.  It’s the dust devil rising from the school yard that you ran toward as a kindergartener, blinking, arms wide.  It’s the panic when your father—teaching you to drive—put you behind the steering wheel of an old stick-shift Plymouth in a parking lot and simply said, “Drive.”   It’s the first touch of your future wife’s hand, her eyes meeting yours and doing a dance.  It’s your tangle of dreams when you sleep.  It’s a total eclipse of the sun; it’s a full moon rising and catching in the dark net of the sky.  It’s the last sad breath of a parent, the first cry of a child as he or she is born.  It’s a song, and the silence after that song.

It’s the very first word on the tip of your tongue when you’re a baby.  It’s writing [complete with corny dinosaur and evil wizard illustrations] a  six-page adventure story on your father’s work stationery when you were ten.  It’s sitting in a closed room and spontaneously scribbling your first poem in high school, though you weren’t even sure what it meant.  It’s discovering, by chance, THE CENTAUR by John Updike as a teenager and being mystified by it, and wondering, for the first time, if you, too, could some day be a novelist.  It’s your first attempt at a short story when you were nineteen—a story that was only one and a half pages long, because you couldn’t think of anything else to write.  It’s the shaky first paragraph of your first published short story, your first chapter of a would-be novel.  It’s the last, twenty-first draft of your last chapter of that novel.  It’s staring at a blank page.  It’s crows, flying across that page before you begin to write.  It’s all this, and more.

What I’m trying to explain is that any moment of ‘making it,’—that  exhilarating, celebratory dash across the finish line with your arms in the air—has so much that came before it, so many informing back-story moments that you can’t chronicle all of them.  They’re hidden from the reader; they’re the hundreds of unseen pages beneath each printed page.

Once you’ve finished writing the book, you can sit back and feel the accomplishment.  It’s like admiring the huge, intricate tree close to your house, the slant of morning sun skimming off its leaves.  But you can’t gaze at it without acknowledging the roots below the surface, because—as you know so well—they’re equally extensive.  And equally important.

SPIRITS IN THE GRASS, about a small town ballplayer who finds the remains of an ancient Native American burial ground on a baseball field, was published in 2008 by the University of Notre Dame Press and won the 2008 Midwest Book Award. The book was released as an ebook in Feburary, 2012 by the UND Press.

Meissner’s two books of short stories are THE ROAD TO COSMOS, [University of Notre Dame Press, 2006] and HITTING INTO THE WIND [Random House/SMU Press]. He has published four books of poems: AMERICAN COMPASS, [U. of Notre Dame Press], LEARNING TO BREATHE UNDERWATER and THE SLEEPWALKER’S SON [both from Ohio U. Press], and TWIN SONS OF DIFFERENT MIRRORS [Milkweed Editions].

He is director of creative writing at St. Cloud State University in Minnesota.