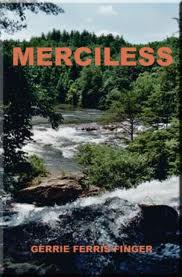 I am so happy to welcome Gerrie Ferris Finger back to the blog because I have followed her series ever since the first amazing contest win that launched her writing career. Gerrie’s post today contains some invaluable advice on writing the sophomore novel–and the ones that come after–and also on building suspense. Best of all, if you leave a comment, you’ll be entered to win an ARC before almost everyone else in the world gets one of Gerrie’s latest book! 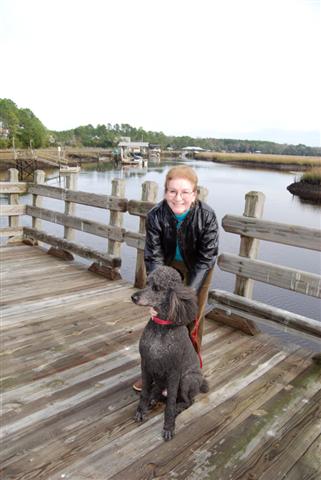 For me, every manuscript means getting a foot hold in a crevice when climbing a rugged cliff. Every book is avoiding slippery slopes and anticipating falling rocks. But oh the joy when I reach the top, when an acquiring editor accepts my manuscript, when a contract comes in the mail, and when I finally hold that printed edition in my hands.

I got there in 2010 with THE END GAME   I’d ascended the airy height successfully and thought, “I’ve made it! Yeah!”

Sooner or later, I had to ask myself: Didn’t you mean this to be a series?” Answer: Yes. Directive: Then get to it.

Like me, unless you know yourself to be a one book writer, ala Harper Lee, you get to start over. It’s not any easier getting a foothold on the second full-length novel than the first, and it’s not easier avoiding slippery slopes and foreseeing falling rocks.

Alas, I left real life bliss to tackle fictional catastrophe – and face rejection. In today’s publishing world, rejection often comes if the first book doesn’t achieve the success expected by the publisher. No more bringing writers along until they find their audiences.

Since I prefer avoiding catastrophe in my life, I don’t walk the sidewalks in iffy neighborhoods or ride a motorcycle without a helmet. However careful I may be, I’m not in control of every situation and expect suspense at every turn. What if I’m in my bank and a robber points a gun at the teller?

I’ve learned to harness suspense by taking the “what if” approach in starting a novel. What if my heroine leaves her purse in the back seat of a taxi? What if my hero spots a man with a van forcing a woman into the back?  Action occurs, characters emerge and the cliff-climb begins. 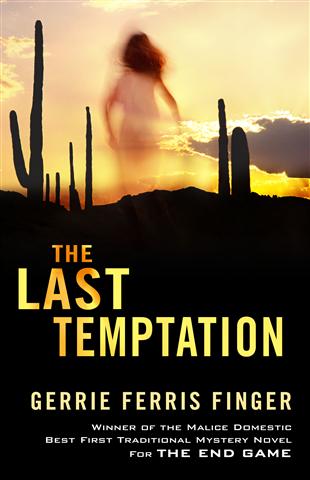 I’ve a foot up the cliff in my second book because I know the main characters, Moriah Dru and Richard Lake. They first appeared in THE END GAME when I thought what if a call awakens them to a disastrous fire where two young girls are missing and their foster parents are dead in the blaze. By chapter two I had a good foothold on the villain and the resolution.

In THE LAST TEMPTATION I thought what if Dru and Lake are eating a lunch and a call comes in:

Lake was about to dig into his coconut pie when the call came. When it ended, the white flash of his smile ended, too.

For me, what derails plot most often is lack of action, long paragraphs of interior dialogue and static do-nothing. Readers go to movies and see the heroes and villains in action. ACTION. Don’t tell readers what’s going on. Get them involved. In editing  I take scenes where I’ve hit the main points and re-write to let readers see and hear and feel what led up to the action.

Falling rocks I want. I’m writing a mystery/suspense. My readers are reading suspense because they want to find out what happens next to whom and why. Therefore, I must create vigilant, apprehensive anticipation, also known as waiting for the falling shoe. This is done party with setting—cemetery, dark night, creaky house—but it’s the characters that provide most of the suspense. If readers don’t care about the characters I’ve created—if the main characters are cardboard cutouts or unpleasant —they won’t care what happens to them.

There is joy in writerville, though. Once my first draft is finished, the fun begins. I edit and revise to my heart’s content, taking care not to edit the life out of the story. (A well-known instructor once told his class, “Don’t smooth out all the wrinkles. Placid lakes are boring.)

When I’m done I know I’ve created a world and people that no one else could have.

Retired journalist Gerrie Ferris Finger won the Malice Domestic Best First Traditional Mystery competition That novel, THE END GAME, was the first in the Moriah Dru/Richard Lake series. The second in the series, THE LAST TEMPTATION, was a finalist in the St. Martin’s/Best Private Investigator contest and will be released July 2012. After spending twenty years with The Atlanta Journal-Constitution as a reporter, editor, and columnist, she moved to coastal Georgia with her husband, Alan, and standard poodle, Bogey.