Made It Moment: Barbra Annino 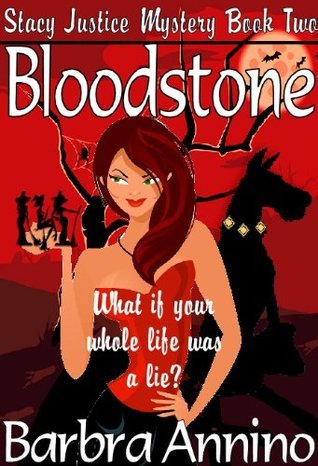 Again the world wide family of the internet results in an author who comes to the blog and shares some of the peak and valley moments along the long road to publishing success. I think you’ll relate to many of Barbra Annino’s Almost-Moments. The ones we are sure mean we are finally, finally here–only to find out, Nope, not yet. The writers who eventually succeed feel the crush of those near misses, then get up, and go for it again. If we do, in the end, we make it. Just like Barbra. 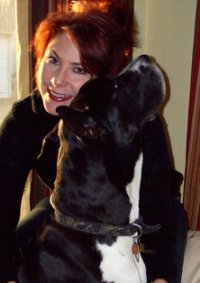 The Yellow Brick Road of Publishing

When Jenny invited me to discuss the moment I thought I had “made it” in this business on her blog, my first thought was that there had been so many.My second thought was–nope. There was only one. Let me start from the beginning.

I did everything one is supposed to do to become an author, starting with my English degree. I studied the craft for years. Worked in every writing and editing job I could get my hands on. I wrote the best book that was in me, set up a schedule with specific goals to finish that book, lined up beta readers, got feedback and revised, revised, revised. Perfected the query, researched agents, read guidelines and sent it only to those who represented my genre. I landed an agent. Even landed a publisher.

But here’s the real, straight-up deal. Trying to get and stay published is a lot like Dorothy’s trip to Oz and back except without the free shoes.

In September of 2007, I queried over 100 agents and a dozen publishers. I received several partial and full requests, but no offers. In February of 2008, I attended a conference where I pitched to agents and one small press publisher. That publisher took the first three chapters back to her room, invited me to dinner and gushed about those chapters. She asked for the full between the salad and the soup and introduced me to everyone as her new author. She also asked me to submit a short story with those same characters for a charity anthology she was producing. I was over the rainbow.

I sent the full to the publisher the Monday after the conference. Then I waited. And waited. I began my second novel using the same characters. I had planned a three book series, each written as a stand-alone. In May, I received an offer of representation. After a lengthy conversation where I asked all the questions writers should ask, I signed with him. A week later, he called to tell me that an editor at one of the Big Six was interested. I could practically see the Emerald City sparkling in the distance.

I attended the conference again in 2009 and was scheduled for a multi-author signing for the anthology. Book two was then complete. I couldn’t believe I was signing next to authors I had read and admired for years. My husband was snapping photos when the publisher approached him. “I don’t know why she decided not to go with us,” she said to him. He called me over. “You two need to talk.” Turned out she never got the email.

The Big Six editor finally passed in July of 2009. I fired my agent. Then in 2010, I got an offer from a different small press. Again, I was delighted. I had arrived! But alas, upon publication, there was a mix-up in editorial and my book suffered for it. Greatly.

I took my rights back, took my power back and self published my first title, OPAL FIRE in March of 2011.

My made it moment? An email from a reader. It is taped on the wall in front of my computer. It closes with this: “Keep writing Barbra. You’re on my list of favorites and I’ll be watching for new books from you. Recommending Opal Fire in my online forum.”

That is who I write for now.

Barbra Annino is a Chicago native, a book junkie and Springsteen addict. A former bartender and humor columnist for Illinois Magazine, she finds the funny in just about everything. Except those Humane Society commercials, which she holds personally responsible for the reason she has three Great Danes.

She lives in picturesque Galena, Illinois where she ran a Bed and Breakfast for five years. Now, she’s a happily married freelance writer and Lowe’s regular who is constantly covered in dust and paint thanks to an 1855 brick home, which her family shares with friendly spirits. Or not. But that’s what people tell her.

She is currently working on TIGER’S EYE, the third book in the Stacy Justice series.