Made It Moment: Michelle Black 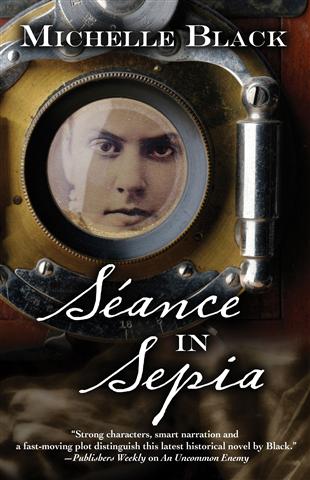 You know Michelle Black has to be a terrific writer–the last line of her Moment is laugh-out-loud funny, and she has a metaphor for the ups and downs of the publishing biz that gives you that ahhh feeling. You know the one I mean? Where you read something and say, “Yes, that is exactly what it’s like. The author got that exactly right.” If you survive reading this Moment–and it nearly gave me fits, hoping for the Hollywood ending–you’ll get a chance to see for yourself just how good Michelle is. I’m giving away a copy of her latest historical suspense novel to one lucky commenter. 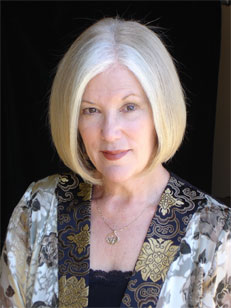 When did I feel like I had made it? The easy answer would be the day I got “the call”—that Holy Grail for all unpublished authors when a New York editor calls to offer a publishing contract. For me, though, the long road to New York took an unexpected detour through Hollywood and bounced back and forth between good fortune and heartbreak so many times, it nearly gave me whiplash.

A dozen years ago, I wrote a historical novel about Custer called An Uncommon Enemy.  While working a small press booth at the 1997 Book Expo America, a woman stopped by and we chatted. When I mentioned my book she asked, “Would it make a good movie?

Has any novelist ever answered “no” to that question? She left me her card and as she moved on to the next booth, I realized she was an agent for Creative Artists Agency, one of the biggest talent agencies in Hollywood.  CAA represents folks like Tom Hanks, Meryl Streep, and Brad Pitt.  I was star-struck.

I sent her a formal query letter for An Uncommon Enemy. The following week she requested the manuscript.  A few weeks later she called to offer representation for the film rights to the novel.  (Note that I said weeks—not months, not years—Hollywood does not move at the glacial pace of the New York publishing world.  Pure bliss!)

But wait…the story doesn’t end there.  The first question my new agent asked me was, “Who’s your publisher?”

No answer for that one either.

“I only acquire books for the movies,” she said. “You’ll still need a literary agent to find a publisher for the book.”

My hopes fell, but before they could even hit the ground, she casually added, “Who would you like to represent you? I’ll set it up.”

I had fruitlessly searched for an agent for more than a year and now one would simply be arranged for me? Such was the power of CAA and, once again, I could not believe my luck.

As promised, my newly procured literary agent was soon shopping my novel around New York.

But wait…the story doesn’t end there.  Though the literary agent worked hard for a year to find a home for my book, she ultimately failed. She resigned from the project, suggesting that I submit to a university press.

What I thought was the end of the line turned into a new beginning. I spent the next several weeks rewriting the entire second half of the book and decided to try to sell it myself. I carefully targeted four editors and sent each a query. Three of the four requested the manuscript and one called in a few weeks to say he was recommending it for acquisition.  The publishing house bought the manuscript—a very slo-o-o-ow process, it turned out—and set a 2001 publication date.

I was thrilled, of course, and tried not to get discouraged when my editor left the house just before the book debuted. After all, the book tour was already scheduled…for the week of September 11, 2001. Yes, that week.  I began to think the book was jinxed.

It sold well enough to spawn two sequels and was nominated for a regional book award, but never found the audience I had hoped for it.

But wait…the story doesn’t end there. Years went by and the rights to the novel reverted back to me. I decided to give the book a second chance. I formatted it as an ebook and published it for Amazon’s Kindle. A few weeks later, an influential Kindle blog reviewed An Uncommon Enemy and printed the first chapter online. Within hours, the book started selling.

By the next day, the book was the Number One bestselling western novel on Amazon across all formats, paper or pixel. An overnight success!—if “overnight,” means nine years. I finally felt like I had “made it.”

Does the story end here?  Who knows?  Right now I am enjoying the publication of my sixth novel, Séance in Sepia, a novel of historical suspense with real life feminist Victoria Woodhull as its protagonist.

(And I have learned that old books never die, they just go digital.)

Michelle Black is the author of six novels of Victorian suspense. She has also been known to practice law, own a bookstore, and blog at http://www.TheVictorianWest.com. She lives near Boulder, Colorado, and can frequently be found wherever Steampunks gather. Her motto is: “Have
bustle, will travel.”