A Resource for Independent Authors

Filed under: Declaration of Independents — jenny @ 10:32 am

If there is a greater fan of independence in authorship than Jasha Levi, I haven’t met him. And Jasha’s background, which spans 90 years and counting, including a stint as a refugee of war, perhaps uniquely suits him to a task of nearly epic proportions.

A task that is growing more epic by the day. Which one do I mean? That of whittling down the volume of self-published books to showcase the ones that deserve to shine.

I’m going to come right out and say that there are not 15,000,000 people capable of writing a book that deserves to be published. I may get slammed for saying so. But writing a book is hard, darn it. The plain truth is that more people think they can write than actually can.

But that doesn’t mean that many of those 15,000,000 books aren’t deserving. And that they may not have found readers through traditional publishing channels. That such books are out there is worth celebrating…if we can find them to celebrate.

I may not agree with Jasha’s every conclusion–in fact, I’ve had many experiences with traditional book publishing that run counter to the assessment you’re about to read.

But I’m still glad that when it comes to establishing a system for filtering indie book releases Jasha Levi intends to help. 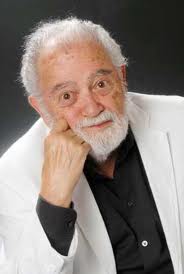 At 90, I have finally reduced my concerns to three main ones:

I owe my long life to the fact that, as a young Jew on the periphery of the Holocaust, I was saved by being a civilian internee of war (Geneva Convention speak) in Asolo, a small hamlet north of Venice. This was followed by  nine months spent hiding as fugitive in Rome, until American troops liberated the Eternal City in June 1944.

Recently, Angelina Jolie directed a movie: The Land of Blood and Honey. In it, she attempted to describe the roots of the 1990’s genocide in Bosnia. It made me even more aware how difficult is my attempt to explain the previous Bosnian genocide, in 1941, from which I escaped. In both of them, neighbors turned against neighbors, lovers left each other, brothers fought against brothers. They made the prophetic Bosnian saying true: If you don’t have an enemy, your mother will give birth to one.

The publishing model as we know it is…heralding a makeover of the industry.  The economics of the marketplace have affected our literature, which is perhaps the strongest pillar of civil society, standing right next to democracy. Publishers, once a haven for new talent, have been shrinking into a few conglomerates listed on the Stock Exchanges.  Nowadays, they must look first at their bottom line, and no one can blame them for it. In the shrinking field of publishers, literary agents, once the talent scouts and discoverers of emerging writers, have fewer sources of income, while more and more people self-proclaim themselves  writers based on no one’s judgement but their own. This is bad news.

The perception of self-published books as lesser in quality remains, even though it is as obsolete as the system that brought it about.

Intent on making a change, and with my editor, Julia Petrakis, equally fired up, I  started indiePENdents, aimed at changing how the world looks at independent authors.  Our website carries a list of authors who in their day couldn’t find agents or publishers; it is an exciting roster. Should we all end up as successful as they have with the public!

However, as self-published authors, we can’t reach our public  unless we gain access to bookstores and libraries, which are often not welcoming. Barnes and Noble lists books by indie authors on its website and on Nook, but does not carry them  on its shelves.  We feel that, to achieve access, we must first erase the perception that our books are second rate.

To even the playing field, we are establishing a set of standards by which we will judge or validate a book. Our volunteer review panels will issue The indiePENdents Seal to published books, bringing about a much needed change to the publishing industry and the standing of authors on which it depends for its livelihood.

In the next 10 years I will be supervising the translation of my books into Italian, complete The Balkan Pot, a cookbook started by my late wife Slava, and work to gain recognition for independent authors everywhere.

Jasha Levi is a ninety year-old Sarajevo survivor, the author of Requiem for a Country and The Last Exile, and an advocate of indie authors everywhere. Read his blog or visit him on his website.