Made It Moment: Steven Clifford

Filed under: Declaration of Independents,Made It Moments — jenny @ 9:20 am 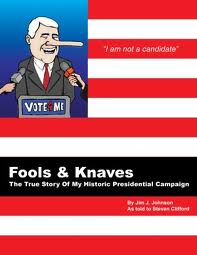 I promised all of you beloved readers that we’d meet some independent authors during this celebration. Here is one who brings to life the very reasons we needed an e-volution. Steven Clifford’s book is one of those unusual hybrids that doesn’t fall into an established niche, and which traditional publishing traditionally has a hard time with. It’s also…gasp, humorous. I can just see the rejections mounting up, stating that humor is a hard sell.

As indeed it is. But that doesn’t make it any less funny. The thing that many people decrying traditional publishing don’t speak as loudly about is that the people in traditional publishing are some of the most brilliant and talented around. When they say something is hard-to-sell or needs to be turned down for some other reason, they are usually right–by the standards and demands of this model. Traditional publishing has high costs and high volume and it can’t hang around in the so-called long tail.

But that doesn’t mean that books they can’t take on won’t find loyal readers. Or make someone laugh.

There’s another reason I’m showcasing Steven Clifford today (besides the fact that I learned of his work through another very independently-minded writer you may soon be hearing about). Stephen’s definition of ‘making it’ is probably the most independent I’ve read yet.

Writing can be a long, lonely road. We’d better be happy while we’re walking. 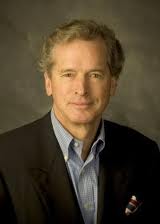 Until recently I did not consider myself a writer. Business was my career. I was the CEO for two companies in Seattle.

I strove for the CEO positions because I yearned to be a success.  Then I didn’t enjoy being a CEO.  I was subject to random anxiety attacks and fears that some minor error would expose my incompetence.  Nonetheless, I worked as a CEO for fourteen years until I clenched enough money to retire in comfort.

In retirement, I began writing humorous pieces, first short letters to my family and friends. Over a few years, this evolved to a weekly humor blog published successively on SeattlePI.com, crosscut.com, and the Huffington Post.  At this point writing was a hobby, similar to tennis, except easier, safer, and less expensive.  To write I needed neither a partner nor a court reservation; I could write whenever and wherever I wanted.  Writing risked few injuries and, though unpaid, required no expenses beyond replacing ink cartridges.

Two years ago I decided to write a book.  Having done weekly blogs for years, my motive was to try a different, and more challenging, form of writing.

“I can’t lose,” I explained to friends.  “I like to write. If the book never gets published I will still have enjoyed the experience.”

I play golf.  Even though I will never make the PGA tour, I indulge in daydreams of great rounds and continual improvement.  But it is the enjoyment of the sport and not illusory dreams that keep me going.   Similarly, I entertain daydreams of winning the Nobel and Pulitzer Prizes for Humor Writing, even though neither exists.  I hope everyone will read my book, FOOLS AND KNAVES: THE TRUE STORY OF MY HISTORIC PRESIDENTIAL CAMPAIGN.  But if they don’t, I will keep writing because I have already “made it.”

Steven Clifford writes a humor blog for The Huffington Post, a skill he acquired while serving as CEO of King Broadcasting Company, Deputy Comptroller of New York City during the City’s fiscal crisis, and other misguided adventures. This picture, shot ten years ago, is the last he allowed to be taken.