Made It Moment: Richard Louden 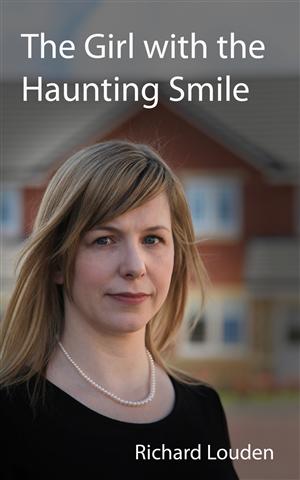 Sometimes you can tell from the Moment itself that you’re going to love the writing in the author’s book, and that’s what happened to me here. When Richard Louden likens his writing hand to…well, I don’t want to deprive you of that quiver of joy you get when you read an image that is just so spot on, you start seeing one slice of the world in a whole new way. The author’s way.

Maybe that is Making It–the power to make a reader do that. If so, then Richard has. 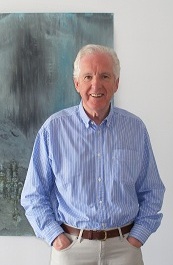 In Goethe’s “Faust” there’s a character called the Student who says of books: “What you have in black and white, you can happily carry home.”

Okay, he makes it sound dry and pedantic. But if being a fan of words classes you as a pedant, I must be one of that tribe. Words have always fascinated me. As soon as I saw that they could grow into sentences and then into paragraphs, I was hooked.

At twenty, I was writing weekly football reports for UK newspapers. Later, I became a feature writer on education and law. Journalism wasn’t my career but it stopped my hyperactive writing hand from fretting and straining at the leash.

My move into creative fields began with short stories. I had two published in national anthologies. But short stories never fired me up, so I tried my hand at TV. Two of my drama scripts were produced on BBC and ITV, which I hope may qualify as mini-Made It Moments.

It took me ages to get round to attempting my first novel, The Girl with the Haunting Smile. Even then, I had to rely on the skills of Gillian Stern, a superb London editor, to reshape it and weed out my self-indulgent excesses.

I sent my reworked baby to various literary agents and thought I had acquired one but in the end she didn’t take me on. She did, however, tell me her firm’s reader “adored” my novel. That was my big Made It Moment. If a guy of his status and experience felt that way about my book, I must get it out there somehow.

In today’s market, the obvious solution was to issue it as an ebook. Here – slightly amended – is the blurb I’m using to promote it:

Greg quits Scotland for North Carolina to track down Ellen, the lost pen pal he has never met but has loved for many years from a distance. But a huge doubt surrounds his mission. Even if he finds Ellen, will the secret he has kept from her – that he has had Tourette’s since he was a boy – destroy his dream of happiness?

The great adventure begins now. The Girl with the Haunting Smile has just hit Amazon’s virtual shelves. I’ve done my share of social networking, like blogging and building strong followings on Twitter and Goodreads. Now I must wait and hope.

Richard Louden lives in Glasgow, UK. A teacher of modern languages, education director and freelance journalist, he learned some of the tricks of the author’s trade by writing two dramas that were produced on BBC and ITV and short stories which appeared in national anthologies. His first novel, The Girl with the Haunting Smile, was published by Amazon Digital Services in November 2012. He is now in the later stages of a second novel, Spring Chicken. All he is saying for now is that it is an inspirational tale for our times and it isn’t about poultry.