Made It Moment: Victoria King-Voreadi 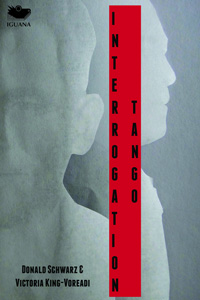 This Made It Moment raises several questions that have, from time to time, occupied corners of my mind. Lesser: How *do* writing teams collaborate without throwing their coffee cups (virtual or real) at each other? Greater: What does history do with its cultural atrocities? How do we ever put them down? And of particular interest to me right now: How do we find what we’re meant to do, the path we’re supposed to be walking?

Victoria’s Made It Moment concerns all three, and that is no small feat. I hope you enjoy it. 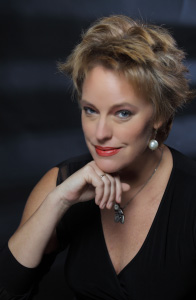 Getting published is a long and winding up-hill road strewn with difficulties, disappointments and “made it” moments of varying magnitudes.  Were there a Beaufort/Richter scale for writing success then a Pulitzer or Palme d’Or would be a 12, while completing your tax return would rate a 1.  Meeting Donald Schwarz was a life event impossible to rate on any scale.  The ultimately film noir convergence of a darkly comedic curmudgeon and a sarcastically cynical 6ft. “shiksa showgirl” was bound to produce something “not quite ready for prime time” but nonetheless fascinating.

Interrogation Tango was Don’s obsession even before we met.  I originally read it as a slim screenplay (under a different title).  The idea was great, the dialogue intense, but all of the characters had the same voice, Don’s.  He had projected parts of himself onto both Georg Elser and Arthur Nebe, and the Burger Brau Keller bombing was the sort of audacious act he himself aspired to, he simply didn’t have a cause.

“Mathematics is detective work with an imaginary perp…” was one of Don’s favorite lines.  Our challenge was to make the characters come alive without forgetting that Elser, Adolph Hitler and Arthur Nebe were certainly not figments of anyone’s imagination.  We had three key questions to answer in order to develop a realistic yet entertaining story that respected but was not totally confined by fact:

What sort of an individual could have done what Elser did?

What sort of men comprised the “Middle Management” of the Third Reich?

In what ways is history deliberately distorted and/or abridged by the last left standing?

Peter Riva of International Transactions told us “Congratulations you now have an intelligent and engaging tale on your hands.”  October 19th 2010 is when I knew we would get published… now hurry up and wait!

Victoria King-Voreadi’s favorite game was always “What if”. She studied dramatic arts in Los Angeles, then after a mediocre play Robert De Niro gave her some advice: “Kid, in L.A. you’re just another tall blonde who wants to be in show business. Go to Europe, get some culture and figure out what you really want from this industry.” Greece seemed a logical place – home of the muses, birthplace of arts, sciences and philosophy. She wrote funding grants for EEU Media Programmes, scripts, travel articles, edited and translated manuscripts. In 1994 she met Donald Schwarz. Just like every oyster needs an irritating grain of sand in order to form a pearl, Donald and Victoria have been irritating the hell out of each other for years. She asks: “Is our book Interrogation Tango a pearl?”