Made It Moment: Judy Mollen Walters 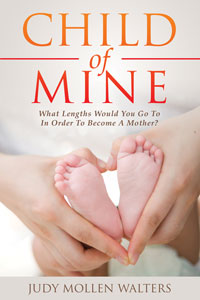 It is with extraordinary pleasure that I feature this Moment from the road. Not only because I’ve been blogging-lite lately, trying to balance life-out-of-a-car, and this is one of a small handful of posts I’ve gotten to do. But also because as writers we wouldn’t really have the chance to Make It if we didn’t find kindred spirits along the way, and Judy Walters is one of mine.

Judy and I walked and trudged and crawled down the writers’ road for many years together. We watched each other get close, and we watched each other’s hearts break a tiny bit when close wasn’t good enough. Through it all, I read Judy’s stories of women whose hearts broke for entirely different reasons, and I was caught up in every single one. People are going to want to read these, I thought. They’re going to be changed by them.

Now Judy’s first novel is available, and I have only one more thing to say before I let Judy take over.

I am so glad she’s finally gotten her Moment! 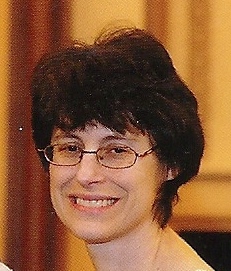 Thank you, Jenny, for being kind enough to host me on your Made-It-Moment site.

I’ve had a bunch of Made-It-Moments already. I’m sure that sounds strange, as someone whose debut novel is just coming out, but for me, anytime someone says she loved the book, I feel I’ve made it. As an author, my goal is at once simple and complicated. Simple because I just want my readers to enjoy my stories, to find something in them that feels satisfying. Complicated because it’s not easy to do this. It takes months or years of honing and practicing and editing and revising. Months and years more to secure an agent you click with, and go through even more editing and revising before you try to find a publisher. And then more months, in my case, when my agent and I decided to move to an ebook version.

Since I decided to publish Child of Mine, a number of people have already read and liked or loved it. My agent, for one. Other writers. Beta readers. Last month, my publicist put it up on GoodReads, and a number of people there read and enjoyed it. More checked off that it was something they planned to read in the future.

A friend read it. She loved it. She sent it to another friend. She loved it too. It never gets old, hearing people tell you they enjoy your work, that you made them think or laugh or cry or…whatever you made them feel. So I’ve made it just by making a few people happy. I hope to make it some more.

Judy Walters worked as an editor in nonfiction publishing for many years before becoming a Stay-at-Home Mother to her two daughters. Child of Mine, her debut novel, is the story of an infertile midwife. it can be found on Kindle, Nook, and other etailer sites. She loves to hear from readers and can be reached at judymwalters@gmail.com.