Made It Moment: Sarah E. Glenn 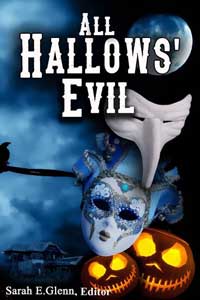 Not only will this Moment make you laugh–check out the first line of the bio and tell me you didn’t stifle a snort–but it also reminds me of a truism we writers should never forget. Books are beads on a necklace, connecting readers and books together.  It’s not about amassing books written, copies in print, attendees at an event, or downloads. Instead, like the most precious pearl, both readers and books must be appreciated each single one at a time.

If you are looking for a Halloween gift or read, both Sarah Glenn and her compatriot featured tomorrow have something up their sleeves. If you’re looking for wisdom to go with your scare, well…look no further than this page. 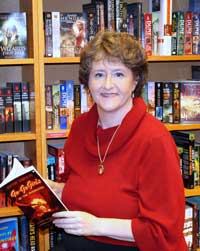 I started writing and drawing stories when I was very young. I began with Black Stallion fan fiction, if you can believe that. I moved to drawing the human figure with Betty and Veronica, then the X-Men. I moved on to other subject matter, including a 10,000-page saga I co-wrote with a friend best titled, “Meet Your Favorite Prince of Amber and Boff Him”. Eventually, I began writing stories with my own characters in their own settings.

I loved reading as a child. It was the best thing ever, and it was only natural that I should want to write stories myself. I wanted to create places and stories that would draw other people into them the same way books hosted my own imagination. I couldn’t imagine anything nobler.

When did I feel I’d made it? I’m still working on ‘making it’ as an author. I’ve had several short stories published, plus one novel, and it’s a pleasant surprise each time it happens. No movie deals or six-figure advances so far. The moment I really felt that I’d ‘made it’ as an author was more personal than financial. A reviewer for my first novel wrote to ask to review any sequels I did to All This and Family, Too. Some months later, I mentioned on my Facebook page that I was working on one, and she posted a squee. She was a reader that wasn’t a friend, a relative, or even someone I’d ever met in person. Somehow, I had managed to draw a perfect stranger into my world—someone who wanted to visit it again. For me, that was more validation than the acceptances I’d received… not that acceptances aren’t lovely things.

Sarah E. Glenn, a product of the suburbs, has a B.S. in Journalism, which is redundant if you think about it. She loves writing mystery and horror stories, often with a sidecar of funny. Several have appeared in mystery and paranormal anthologies, including G.W. Thomas’ Ghostbreakers series, Futures Mysterious Anthology Magazine, and Fish Tales: The Guppy Anthology. She belongs to Sisters in Crime, SinC Guppies, the Short Mystery Fiction Society, and the Historical Novel Society.

Sarah edited two different newsletters and was a first round judge in Futures Mysterious Anthology Magazine’s 2003 “Slesar’s Twist Contest”. More recently, she has been a judge for the 2011 and 2012 Derringers. Interesting fact: Sarah worked the Reports Desk for her local police department, and criminals are dumb.