Made It Moment: Kitty Sewell 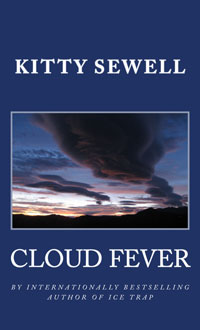 All of you know how much I love winter books, so it may not come as a surprise when I say that Kitty Sewell’s Ice Trap was one of my favorite novels when I discovered it back in 2007. Getting to share Kitty’s Moment–and many of the ups and downs of her career that followed–is a real thrill for me. In the time between 2007 and now, there’s been an explosion here in the US and Kitty is a part of it. What explains our love affair with Scandinavian thriller writers? What do these books offer that intrigue and compel us so? I don’t have a precise answer for that, but I do have a recommendation. Order a copy of Kitty Sewell’s latest. Her heart-stopping chapters and sleek prose will give you some idea. 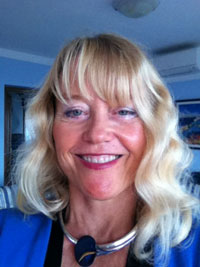 My “I made It” moment was drawn out over a heady few weeks, seven years ago, when all in one go I was taken on by an excellent London agent, had my debut novel ICE TRAP accepted by Simon & Schuster publishers, and was shortlisted for the Hay Festival Wales Book of the Year and the Crime writer Association’s New Blood Award. On the day, I won neither, but hey, the star-studded events were fabulous and I had my 15 minutes of fame. ICE TRAP went on to win International Book of the Month with Bertelsmann’s Media, BBC Radio People’s Choice, and a few other accolades.

I wrote ICE TRAP as a dissertation for an MA in Creative Writing. My only writing experience to date had been a weekly column that I had been churning out over a decade for a newspaper group. It was my expertise as a psychotherapist, not as a writer, that had precipitated this assignment. I had thought I was a fairly experienced writer as a result, but as soon as I dipped my pen to write fiction, I realized how wrong I was. I had a hell of a lot to learn. To top these challenges, English was actually my fourth language. My native Swedish had been replaced by, first Spanish as a result of moving to Spain in my early teens, then having quickly to learn German, as in Spain my parents placed me in a wholly German school. English was picked up from a weekly class in school, conversations with English and American friends, watching films, etc. At eighteen I emigrated to Canada, and then had good cause to perfect my English, but this was never in a classroom setting, so grammar and vocabulary was picked up along the way.

It was after the whirlwind of ICE TRAP, seeing it translated into some fifteen languages, and sold worldwide, that I began to realize that to stay on top, a novelist is only as good as her last novel (unless you are an absolute writer-superstar, in which case you can afford one or two flops). Somewhere I read of the dreaded concept “one book wonder” and saw how many novelists were shot down with the inevitable comparisons of subsequent novels with their best-selling debut. Predictably, my own second novel, BLOODPRINT, did not do as well as my first, though a lot more time, effort and skill went into it. Nevertheless it reached bestseller status in France and another few countries.

My third and latest psychological suspense novel, CLOUD FEVER, has been translated and sold in Europe over the last two years, and is now, after a major re-write, at last being published in English on Amazon and Kindle worldwide. I think it is the novel I most enjoyed writing and to myself, my best work so far.

I am just happy to be amongst the small number of novelist who can actually live, eat and pay the mortgage from the proceeds of their work. Just! Long may it last.

Kitty Sewell was born in Sweden and has lived in Spain, Canada, England and Wales. After running an estate agency in the frozen north of Canada she trained as a psychotherapist and then as a sculptor. Since 1991 she has written a popular agony column which is published in various newspapers around Britain. Her first book What Took You So Long is biographical and was published by Penguin in 1995. She loves adventure and travel and hitch-hiked around South America for a year in her late teens. She has done various long-haul motorcycling journeys, including a solo ride around Europe for her 50th Birthday. She is also a founder member of ‘Catwomen from Hell’, a Swansea motorcycling gang for women. Her debut novel Ice Trap (Simon & Schuster 2006) is set in Wales and the Canadian Arctic. It was shortlisted for the Wales Book of the year and for New Blood Crimewriters Award in 2006. Kitty is single and lives within her sculpture park in southern Spain.