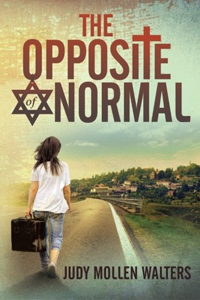 It’s not every day that I get to do two very special things. One, feature the Moment of a dear friend. And two, celebrate her release day right here on the blog! I met Judy Walters when we were both struggling to get published (Judy’s first Moment can be read here). Our dinners and lunches often included much head-scratching (and even hair-tearing) and yet they became some of the most pleasurable times for me along this writing road. In the end, or the beginning, as it may be more accurate to say, Judy and I wound up walking two very different paths. Yet our goals are the same. To tell stories that mean something to us, and that reach readers. I hope that you will become, as I am, a fan of Judy’s work. Her new book just out today should definitely set that in motion!

This is going to sound strange, but my Made it Moment is the day I fired my agent, about seven months ago.

This is not going to be a post about hating on traditional publishing. I have lots of traditionally published friends, like Jenny. They’ve found their way in this big, bad world of publishing, and they’re happy.

This is about finding my own way.

Yet she couldn’t sell my first manuscript.

My second manuscript was a lot stronger. This time we’d used a developmental editor.  My agent tried to sell it, but this time…let’s say her enthusiasm waned earlier in the process.  She wanted me to e-book it with her agency, in a new program they’d started for writers like me. After a while, I agreed to this.  And six months later, my book came out.

During that time, I was writing another book. I’d titled it The Opposite of Normal.  Again, I used a developmental editor, and I was really proud of this book. Felt really good about it.

My agent and I had never communicated very well, and at long last, with this special book, I realized I would not get what I wanted from her.  She didn’t have the same vision for this book as I did, or frankly, for my publishing career in general.  I was tired of spinning my wheels with her. So after four years of trying to work together, I let her go.

I thought about going to another agent. There are so many reputable, wonderful, solid agents out there. But the book was ready. It was ready now.   And I had already given up so much to try to publish traditionally. I wanted the control back.

So for the last six months or so, I’ve been on this great journey of doing it all by myself. I’ve loved most minutes of it – from choosing the cover to doing my own PR and marketing, from writing my own jacket copy to choosing my own conversion company for the Kindle files. (It’s coming out in both paperback and on Kindle.)  There have been minutes of despair and frustration, too – like trying to get the Kindle files to work, setting up my Amazon site, and learning how many people don’t consider an independent book a book worthy of reading.  But the deep satisfaction I have – my “other” Moment – is doing it all myself and being proud of the work I’ve done.

Judy Mollen Walters is the author of Child of Mine (2013) and The Opposite of Normal (February 11, 2014). She is the Stay-at-home mother of two teenage daughters, and lives with her family in New Jersey, where she is at work on her next novel.