Made It Moment II: Liz Zelvin 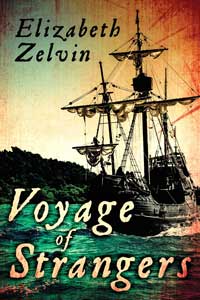 A lot of people are going to relate to Liz Zelvin’s Made It Moment. Or should I call it a Made It Miracle, as Liz does? For everyone who has been through the wringer during these tumultuous publishing times…for every reader who has wondered what life is really like for those who pen their favorite stories…for every human being who has felt caught up and swept about in a wind over which they had no control…well, thank goodness for one thing. Miracles do happen. Don’t quit before it does. Just listen to Liz (whose first moment can be read after this one). 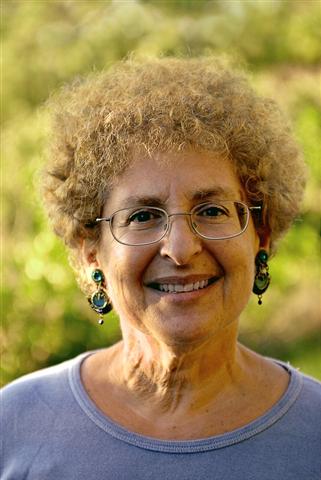 I Call Them Miracles
Jenny Milchman is well known in the mystery community for asking fellow writers what they consider their made-it moment. Jenny, I have two things to say to you about that: “One???” And “I call them miracles.”

Use of the word miracles is not religiosity on my part, but a reference to a mantra without which I could not have survived as a writer: “Don’t quit five minutes before the miracle.” It was a loooong five minutes until my first made-it moment.

I first said, “I want to be a writer” at the age of seven, and I completed the first draft of my first mystery, Death Will Get You Sober, more than fifty years later. Four years, many revisions, and many rejections later, in November 2006, legendary editor Ruth Cavin of St. Martin’s Press said, “I like it.” Having spent most of my adult life embarrassed to say, “I’m a writer,” when I’d never succeeded in publishing a novel (or anything else until my late thirties), I suddenly had not only validation but total credibility as a writer in the world.

My second made-it moment came two years later, on the day Death Will Get You Sober was launched. It was my sixty-fourth birthday. I had a launch party at the formidable Otto Penzler’s Mysterious Bookshop in New York. (It would only be stretching it a bit to call getting Otto to talk to me another made-it moment.) His staff had selected my book as the monthly selection of its First Mystery Book Club, so I had fifty copies to sign even without purchases by those who attended the party. I invited everyone I knew, and more than sixty people not only showed up, but bought the book. What an evening–I was flying!

Fast forward to February 2014, past the crash of the economy, past getting dumped by Minotaur (the St. Martin’s mystery imprint), past the enormous paradigm shift in the publishing industry and indeed the whole tech-addled world. In December 2013, after racking up 150 agent and editor rejections, I had bitten the bullet and self-published my latest manuscript, Voyage of Strangers, a historical novel about what really happened when Columbus discovered America from the point of view of a young marrano sailor, as an e-book on Amazon. I did everything I could to promote it, including paying for the opportunity to give away 26,000 copies for free, so peculiar has the publishing biz become. I hadn’t quite completed the last five minutes or turned the very last stone, but I thought my career as a fiction writer was probably over.

On February 17, 2014, out of the blue, I received an email from a senior acquisitions editor at Lake Union, Amazon Publishing’s imprint for literary and commercial fiction. It said, in part: “I wanted to tell you how moved – and impressed – I was with Voyage of Strangers. I was very taken with your unflinching look at the Inquisition and the devastation wrought by the Spanish Conquest. It was heartbreaking and eye-opening, as I think the best historical fiction tends to be. Your reviews are fantastic – and I’d like to see the sales match the levels of the reviews.” Now, that was a made-it moment and a solid gold miracle.

To paraphrase Jane Eyre: Reader, I married them. Amazon is my new fairy godmother. Voyage of Strangers will appear on September 30 in a new e-edition and in trade paperback and audio editions. I’m working on the sequel. And am I a writer? Hell, yes!

Elizabeth Zelvin is a New York City psychotherapist and mystery writer. Her latest novel, VOYAGE OF STRANGERS, is about what really happened when Columbus discovered America and is the sequel to the Agatha-nominated short mystery story, “The Green Cross.” Liz’s mystery series featuring recovering alcoholic Bruce Kohler started with DEATH WILL GET YOU SOBER and includes the novels DEATH WILL HELP YOU LEAVE HIM and DEATH WILL EXTEND YOUR VACATION as well as a novella and several short stories. Liz is a three time Agatha Award nominee and a Derringer Award nominee for Best Short Story. Liz’s author website is at elizabethzelvin.com.

As Liz Zelvin, she is also a singer-songwriter with an album of original songs, OUTRAGEOUS OLDER WOMAN, available on Amazon. Liz’s music website is at lizzelvin.com. For more than a decade, she has worked with clients all over the world as an online therapist at LZcybershrink.com. Liz is also a poet with two books of poetry published, a former Peace Corps Volunteer in West Africa, and a doting grandma.