Made It Moment: Steve P. Vincent 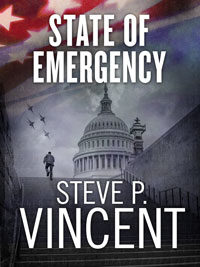 I wish the Moments were audio so Steve Vincent could talk to us right now. Seriously…read on, and you’ll see why I say so. You’ll also see what happens when a writer follows almost the exact opposite road I did. It took me 11 years and 7 manuscripts before my eighth novel was published. With each rejection, I went back to the drawing board, learning all that I was doing wrong and something about how the business worked. While Steve as he  describes it “fell into” success in this biz. Already published, he now gets to pursue the hard work of learning the ropes of this industry…and finding all the Moments there are to mine within it. 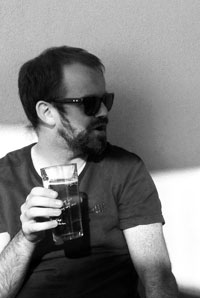 Being asked to describe how I ‘made it’ is a funny thing, because I don’t think I’m quite where I want to be just yet! But because Jenny is awesome and I love reading these little tidbits, I’ll do my best

I came to writing fiction relatively late. While I’m pretty good at writing, rely on it for my other work as a government policy advisor and have a huge appetite as a reader, I never really linked those things in my head and considered I could write novels. I tinkered, a bit, but I was focused on my career and never seriously sat down to put a large number of words to paper.

In reality, I came to be published after a few accidental steps down a path: a conversation with a friend about writing, a decision we both made to enroll in a creative writing course, the AWESOME teacher who taught that course, and her very strong prodding for me to submit to a publisher. I did, not really expecting, but out the other end spat a three book digital deal with Pan Macmillan Australia’s digital imprint, Momentum.

While it has been a fun ride, I also feel like I have a lot more to learn. My second book is better than my first, and I hope the third will be better than both of those too! I’m learning on the job and am lucky to have a great publisher and support team around me. At some point I’ll probably try to get an agent, too, because although flying blind is exciting it’s also tiring!

I feel satisfied and really lucky, but more than anything, I’m excited about the moments to come! I released my second book last week. I’ve nearly finished the third (and last) book I’m contracted for. I’m straight into writing another book in another series. I’m going to Thrillerfest, where I’ll speak in the Grand Hyatt in front of an army of thriller fans. I’m enjoying the moments as they come and glad that readers are enjoying my labour of love.

Steve P. Vincent is a thriller writer from Melbourne, Australia. His debut novel, The Foundation, was published by Pan Macmillan / Momentum in September 2014. The sequel and his second novel, State of Emergency, was published in June 2015. He has a Bachelor of Arts (Hons) in Political Science and History and his honors thesis was on the topic of global terrorism. He has traveled extensively through Europe, the US, and Asia.