Made It Moment: Sherry Knowlton 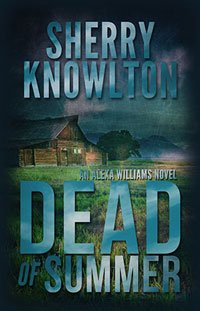 Sherry Knowlton is an International Thriller Writers author, which already makes us bound by a connection deeper than blood. Well, OK, that may be a bit of a thriller-y exaggeration, but still, we ITW folk stick close! Come look us up. But when I read this Moment, I realized that we are bound by something else as well. Those times when we were children and got in trouble for reading late at night. The feeling of connecting to a book’s characters as if they were in some ways more real than the real people in our lives. And that experience as a writer when a reader believes in our stories. That’s making it. 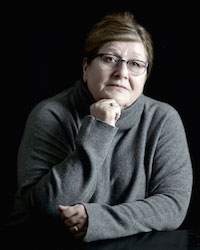 Many of my steps along the road to becoming a published writer have been rewarding. That day when Sunbury Press told me that they wanted to publish my book. Getting to work with them on the best cover design. Actually holding Dead of Autumn in my hands with my name right there on the cover. All of these steps had me jumping for joy, but still the whole suspense author thing didn’t seem quite real. Knowing that I’ve “made it” took something more.

Since I was a small child, I’ve been an avid reader of books (many, many, many books). So, perhaps it’s not surprising that the reaction of readers to my debut novel has been what finally brought home the realization that I’m now an author. When reader after reader told me “I couldn’t put the book down” or “I stayed up until two in the morning to finish it,” that struck a chord. How often did my parents catch me reading a book in bed by flashlight? How many books have I finished in the wee hours of the morning, even when I had to work the next morning?

I’ve met with several book clubs that read Dead of Autumn. Most in those groups embraced my story and took my characters to heart. They exclaimed things like, “Why did Alexa go to Perry County again?” and “I would have been terrified at night in the woods.” At one of the book club sessions, the whole group begged me – with great animation – not to kill off the mastiff in a future novel. “Anyone but Scout,” they pleaded.

That reader involvement with characters on the written page resonates with me. I still mourn that there will be no more Travis McGee books. I am dying to know what fate awaits Tyrion and Arya in the final volumes of Game of Thrones. And, Robert Jordan’s certain death in For Whom the Bell Tolls, which I first read in high school, still brings a tear to my eye.

Some of the feedback about Dead of Autumn has come from people I know or who have spoken to me at book signings and author events. Much more has come through reviews written by readers I’ve never met. One thing is clear about them all. These are kindred spirits; people like me who love books.

So, this feedback from readers has been a wonderful affirmation. It has confirmed that I have made it. I’m walking that road. I am an author.

Sherry Knowlton is the author of Dead of Autumn. Her second novel in the Alexa Williams series, Dead of Summer, will be released in June 2015. When not working on her health care consulting business or traveling around the world, Knowlton lives in the mountains of South Central Pennsylvania.