Made It Moment: Patricia Skalka 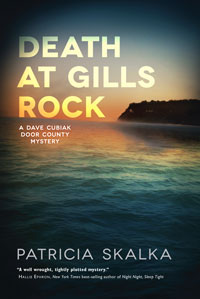 Patricia Skalka’s Made It Moment is interesting on many levels. First is the peek at her hero, whom you’ll get to know. And next are some conclusions to be drawn from what Patricia says. Are series so popular because readers cleave to their heroes or anti-heroes, and is this information important for emerging authors who are deciding what kind of book to start with? Does it matter if your protagonist has deep flaws? Patricia offers rich information all mystery writers and readers might do well to consider. 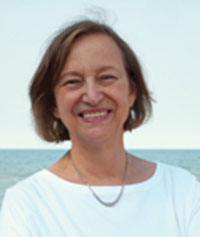 My Made it Moment came a full year after publication of Death Stalks Door County, the first book in my Dave Cubiak Door County mystery series. I was at Printers Row Lit Fest in Chicago, one of hundreds of authors lining a two-block stretch of Dearborn in the Loop and hoping to attract readers to my work. It was the first weekend in June and the publisher had rushed early copies of Death at Gills Rock, the second book in the series, for the event. The day was perfect: a cool breeze, a sun-drenched sky and streets packed with people. In the midst of this happy literary turmoil, a women hurried over to my modest display. “Is he okay? Is Dave alright?” she said.The Dave to whom she referred is Dave Cubiak, the angst-driven hero of the series. Readers first meet him as an angry, brooding man burdened with grief and guilt over the deaths of his wife and daughter. Dave drinks himself out of his job as a Chicago homicide detective and is barely hanging on to his new post as a park ranger in beautiful Door County when a rash of mysterious deaths strikes the picturesque peninsula. Comes his moment of truth and Dave starts on a rocky road to redemption even as he tracks a relentless killer.

Dave is the kind of tragic hero I like. The kind I want to read about. But would my readers relate? Would they empathize with this sullen, bitter man?

The woman at the booth bought the second book. “Is he getting better?” she said. Yes, I assured her. Death at Gills Rock is set two years later in fictional time and Dave is getting better. “Oh, I’m so glad to hear that. I really like Dave. He’s such a good man.”

With that, she could have knocked me over with a feather.

This woman, a stranger then and now, is not the only one to appreciate my fictional hero. Men tell me they like Dave because he’s a “regular guy.” Women fuss and worry about him. My readers’ embrace of Dave exceeds anything I could have imagined; it’s as if he has his own fan club!

More than anything —the thrill of opening that first box of books, the amazement of seeing my mystery novels displayed on bookstore shelves, even the honor of being asked to sign one of my books — my Made It Moment erupted from the realization that readers have such a strong emotional connection with my troubled protagonist. Knowing that what I write matters to others leaves me humbled, grateful and inspired to write on.

Following on the heels of a successful career as a nonfiction writer, Patricia Skalka made the leap into fiction with her 2014 debut mystery Death Stalks Door County, which was followed this year by the sequel Death At Gills Rock. The books have been praised by Publishers Weekly, The Library Journal and Booklist. “A first-rate series” says Kirkus. A Chicago writer, Skalka is currently working on book three of the six-book series.